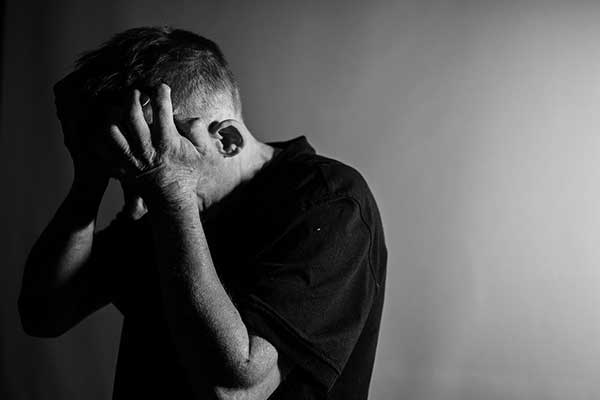 I’ve got this friend we’ll call Mr. X. who has what is blithely called “depression” by people attending cocktail parties. They use the word “depression” like people in robust health use “otherly abled” when talking about someone with no legs. They don’t make the connection between depression and playing Russian roulette; or carving your arms up with a razor; or worse yet, sitting over a cup of coffee from sunrise to sunset, unable to pick it up.

Mr. X has done all these things. But at other times he soars into ecstasy for no apparent reason. He’s not your run-of-the-mill depressive, he’s manic depressive, another cocktail-party catch phrase.

Periodically Mr. X has been told to pull himself up by his bootstraps, and if he happens to be in the manic phase of the depression cycle when this advice is given, he plummets like a stone. It’s the absurdity of the suggestion that brings him down, compounded by the thinly disguised anger that underlies it.

Mr. X has found various ways of dealing with his depression. Drugs and alcohol kept the wolves at bay for a lot of years. Intense physical exercise helped for quite a while, but therapy never did much good. Nothing was fool-proof against the sudden onslaught.

Writing has been the one thing that’s been a constant plus. He doesn’t get money or recognition, but now and then someone sends him a letter.

Recently a friend of his, another depressive and also a writer, committed suicide. He was only 46. He’d become well known, and they’d given him a MacArthur Genius Grant. People wonder why he did it, comitted suicide, but Mr. X thinks he knows — it’s because to win their accolades he didn’t write his pain, he wrote about it.

Such a concession amounts to self-betrayal.