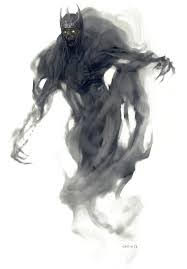 The temperature had sunk to zero and a foot of snow had fallen. I drove up on the hill anyway to see what sort of inspiration could survive under such conditions. It was the day after the Winter Solstice, 4 p.m., and the cloud cover had broken to the northwest. The snow-covered mountains glistened a pale orange in the late sun. I kept the motor running and the heater on, but it barely took the edge off the cold in my aged drafty van.

And then there they were, peeking over the hood, dressed in white parkas, wearing dark goggles with black scarves over their mouths. Only their noses were exposed, the color of plums.

Carl came around to my window, stomping his feet as if preparing to enter a house. He pulled the scarf away and grinned. His teeth were nicotine-yellow and he had a stubble of gray beard.

Fred came around and joined him. He made the universal “roll down the window” gesture.

I was weary of the game. Just before their last visit, almost three years earlier, I’d gone crashing through Death’s waiting room, over-turning coat racks and low tables with magazines spread out on them as I recoiled from the Zombie-like people who sat along one wall in straightback chairs with their hands on their knees, glazed into submission. I broke out a window and tumbled into a hedge, went running into the sunlight and warm wind of life. But when I finally dropped down alongside a tree to catch my breath, something inside was different. Something was missing.

“Fine,” said Fred, his voice muffled by his scarf. “Be that way.”

“Is this any way to treat old friends?” Carl said, and the way he said it, I realized something had changed in them too. I reached across the engine hump and opened the passenger door. They exchanged quick glances.

I rolled my window down on a crack. “Get in,” I said. They trudged around thru the snow and climbed in, Carl sitting on the engine hump, Fred in the seat.

“No one understands what you’re saying,” Fred said softly as the last light was disappearing from the sky.

“Yeah, right,” I said. It was the same old routine.

“I thought you might be wraiths,” I said, startled to realize I was sincere. “What is this?” I said. “Something’s different.”

“Closure,” said Fred, and a wave of loneliness washed over me that dovetailed with the emptiness that had accompanied my brush with Death.

“Starting to get the picture?” said Carl.

Fred leaned across Carl and put his face up close to mine. “Have you?” he said. “Have you got it?”

“Oh, fuck me!” I said. “You’re not out to destroy the Voices, you’re emissaries for the Voices.”

“Is that what the brush with Death was about? Am I being phased out?”

“To the end? You’re asking me if I’ll play it out to the end? After all those years of undermining me, of trying to silence me?”

“Man, when he’s not channeling he’s a little on the dense side,” said Carl. “All that was to give you the illusion of opposition, to give you the fire to fight. If you’d realized that no one had a clue what you were talking about, you would have quit long ago, and another channel would have been sealed off. These are dark times. Channels are drying up like river beds in the desert.” Then, seeing the look on my face, he put his hands up palms out. “Don’t,” he said. “Don’t ask.”

They both got out of the van. “Multiplicity’s an illusion,” said Fred. “There’s only one Voice. And with that they walked off thru the snow.

I sat in the dark with the passenger-side door still open and cold air rushing in, light-headed and full of questions.