passing on the pain 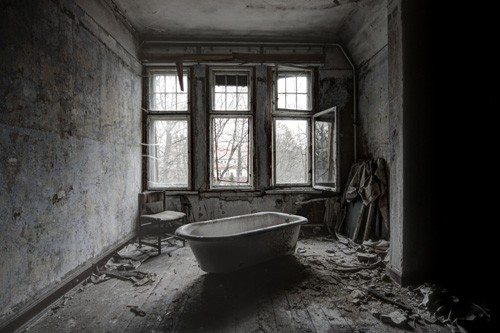 Passing on the Pain

He was beginning to not like himself again. He wasn’t sure why, probably because of his festering childhood secrets. They’d been buried so long that they were a secret even from himself. Most of them anyway. There were a few relating to his father that kept refreshing themselves in his dreams. Nightmares really. After listening for years to other people talk about their dreams, he realized his dreams were nightmares.

He didn’t talk about his nightmares. He was afraid a secret would slip out if he did. Instead he made up outlandish stories that people found hilarious. They told him he should become a comedian.

The one secret that stayed vivid in his mind was when his Aunt Alice tied him up naked with clothesline and dropped him in a full tub of ice-cold water. He almost drowned. He was only three, but the memory remained fresh, except as time went on the person Aunt Alice dropped into the tub aged, until now in the nightmare she was tying up a 38-year-old man and with great difficulty, hefting him over her shoulder, carrying him to the tub, and dumping him in, water cascading all over the bathroom floor. “That’ll teach you to behave!” she roared, as if she was talking to a three-year-old.

He was pretty sure that’s what it was, that his secrets were making him turn on himself, but a lot of help that was. He didn’t start liking himself just because he’d figured out why he didn’t like himself. Things got worse in fact.

It was obvious that Aunt Alice didn’t like herself, or his father either, for that matter. And what did they do? They took it out on a three-year-old.

Self-loathing is contagious, and he had to find someone to pass it on to.

Tagged as John Bennett, passing on the pain, Poetry

0 Responses to passing on the pain