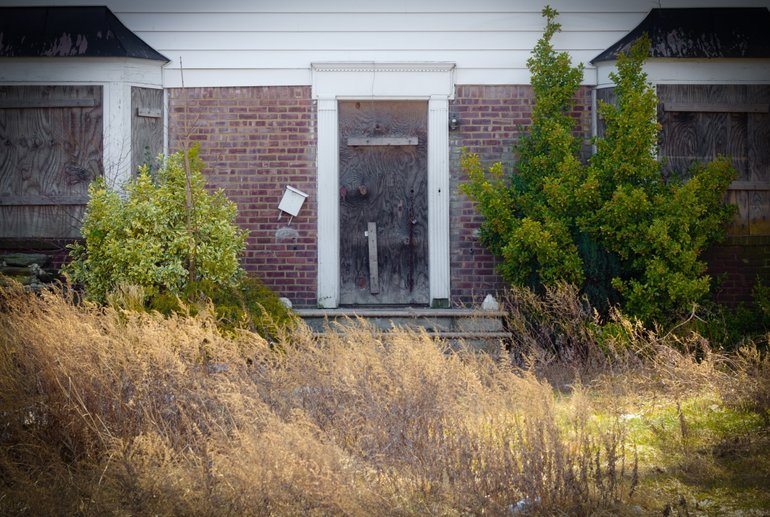 He shaved in the morning and at night he brushed his teeth. Somewhere around mid-day he scrubbed his hands with warm soapy water. Once every two weeks he clipped his nails, alternating toenails with fingernails. His laundry he did in a 25-gallon drum in the back yard, filling the drum with the garden hose and using bar soap. He’d hang the clothing on low tree branches to dry. This worked best in summer. In winter the clothing froze into stiffness, and he’d carry it back into the house cradled in his arms like a crippled child.

It happened gradually, beginning when his wife left him for a sales rep from another company and he lost his job as product coordinator at the firm. For a time he slept with the cleaning lady who came once a week, and then one Friday she picked up her check and never returned. That’s when it began to show.

Things piled up–dishes in the sink, tangled clothes on the bedroom floor, and garbage outside the back door in black plastic bags. Dark rings began to form in the bathtub and the toilet bowl. His hair grew shaggy.

He left the TV on night and day with the sound off. He stopped using his computer. He shut the ringer off on his phone and put the unopened mail into brown paper grocery bags that he stacked on the couch.

Early on people dropped by and knocked on the door. He stood very still wherever he happened to be in the house when this happened and held his breath until they left.

His cat was fine with the new arrangement, but his dog disappeared from the back yard and never returned.

It was the lawn that finally brought him down. The grass grew knee-high and was overtaken by weeds. The city tacked a notice on his door giving him a week to mow the lawn and then a week later they tacked up another one. A week after that the sheriff showed up.

They knew he was in there. They could see the glow from his TV flickering thru the slats of the blinds. They kicked in the door and found him sitting at the kitchen table in his underwear with the cat purring in his lap.

The cat got dropped off at the animal shelter, and he got transported to a medical facility, accompanied by two paramedics and an armed guard.