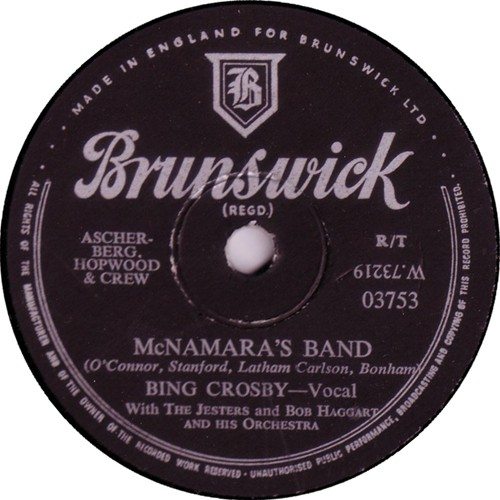 “He’s hopeless,” said Uncle Tom and bounced me off his lap back onto the living room rug.

“He’s no such thing!” said Aunt Stella. “Don’t you be telling the boy he’s hopeless! Say grass, Johnny Jump-Up, show him you can do it.

“Well, there you have it,” said Uncle Tom, lit a new cigar and poured himself another shot of whiskey.

“Don’t you listen to him,” said Aunt Stella. “He’s nothing but a drunk old fool who plays the horses.”

“Once in a blue moon,” said Aunt Stella, and then she went over to the record player and put on McNamara’s Band. “Dance!” she said. “Dance, Johnny Jump-Up!”

I was five years old and turning into some sort of freak. Ever since my Uncle Ed came back from the war and I stole the show at his welcome-home party by dancing like a dervish to McNamara’s Band, people would play the record whenever I showed up at their house and demand that I dance. I did it once or twice, but then I began having McNamara’s Band nightmares, and now I broke out in tears and stood rigid, my hands in fists at my sides.

“Jesus H. Christ!” said Uncle Tom, and I ran from the room, out the porch door into the August twilight, across the yard, into the alley and down the block.

My mother took me to a speech therapist. The speech therapist made me look in a mirror and say glass over and over while she sprinkled grass shavings over my head. Then she draped the mirror in black crepe and had me take a fistful of grass from the basket, put it into my mouth and chew it into a green paste.

“Glass,” I said, the bitter paste sliding down my throat.

She put a water glass in my hand. “Squeeze,” she said. “Squeeze hard and say grass three times.”

“Glass, glass, glass,” I said, and the glass shattered in my hand, blood running down my fingers.

She fetched my mother from the waiting room. They stood just inside the door, talking in whispers. Then my mother took me by the hand and we left.

“They’re not the same thing,” my mother said on the bus home. “They’re different.”