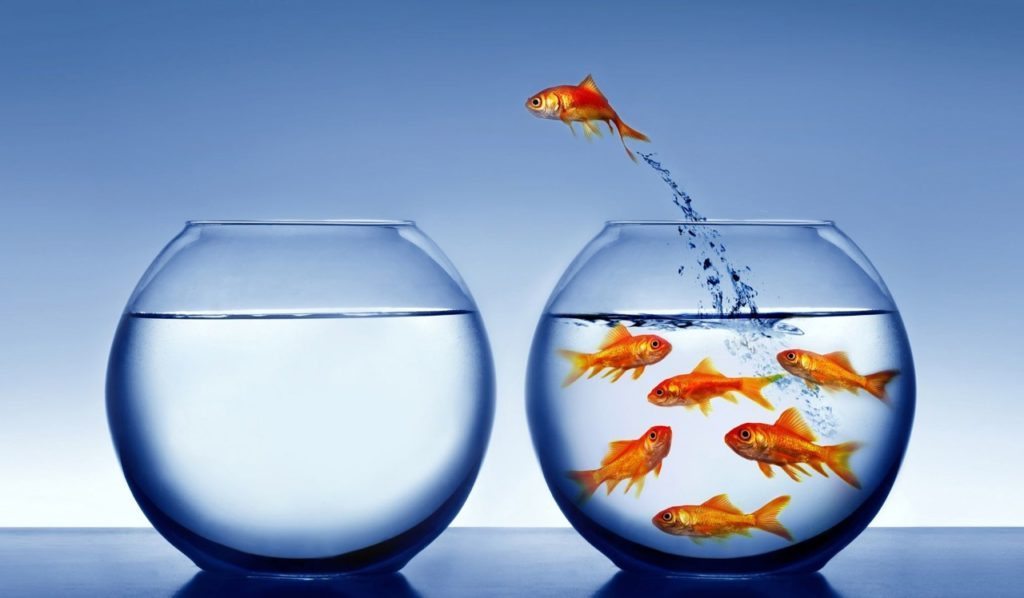 There’s a town in Italy that outlawed keeping goldfish in bowls with curved glass because it distorts the fish’s view of reality. The Down to Earth Confederation of Published Writers banned the reading of Shards by its membership for the same reason.

When I protested I was informed by the Confederation that if I were to take the curves out of my Shards and replace them with right angles, the ban might be lifted, but that the terms of this offer were not open to negotiation. It’s out with the curves and in with the right angles, or no deal.

I wrote back and said a deal implies give and take, which I failed to find in their offer, and they said they stood firm in their resolve, but: although I was too far gone to be considered for a genius grant, if I took out the curves, the ban might be lifted.

I wrote back that they were throwing curve balls, but my attempt at humor went right over their heads. They’re a serious lot, the Confederation.

I went back to thinking about goldfish. Using my Google translator, I wrote to the mayor of the town in Italy where curved fish bowls had been banned and said that the very water in a fish bowl distorts a fish’s view of reality, whether the bowl is curved or not, and if water is essential to a fish’s survival, which it is, and water distorts a fish’s view of reality, which it does, then a distorted view of reality is as essential to a fish’s survival as water. I wanted to know the mayor’s take on these observations, and if he thought it possible that fish bowls and water don’t distort a fish’s view of its reality but rather its view of our reality, and maybe we exist in a curved bowl, and therefore Shards are a more accurate depiction of reality than right-angle writing. I never heard back from the mayor.

But I did receive a registered letter from the Down to Earth Confederation of Published Writers, written in Italian, informing me that their offer had been withdrawn. I wrote back immediately (in English), asking whether the earth the Confederation was down to was flat or curved, and whether it circled the sun or was it the center of the universe?

They responded (still in Italian) and informed me that more stringent measures would be take against me if I persisted in undermining their efforts to preserve the integrity of the language (they didn’t say which one).

I was somewhat alarmed by the tone of the letter, and I called for an international conference of Shard supporters. Unfortunately four of the group were on the No Fly list and couldn’t get into the country, and when the other three arrived we said to hell with it and went out drinking.