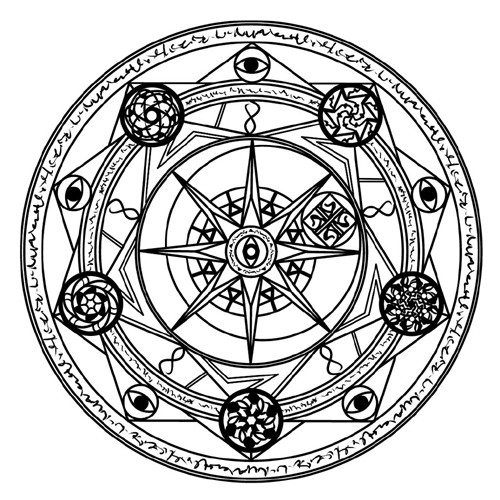 He put on a happy face and got arrested for impersonating an impersonator. His lawyer threw up his hands and said plea bargain, it’s a hard rap to beat.

Money down the drain, for the lawyer, the elocution lessons, the face lift and the dentist, the hand-tailored suit and the alligator shoes, the winning smile that drew him out of the Magic Circle in the first place and got the nasty ball rolling.

Inside the circle there were fairy tales and church bells, the lilting voices of children, the ambrosia of love and an emerald-green wending river; wild tigers with baritone voices that let him ride their backs, their thick coats silky warm. Milk and honey and chestnuts, thundering wild horses on the wide open plains, fluffy clouds in a diamond sky that rained down endorphins. But a circle must be carved into something, and it was surrounded by discord and black snakes of envy.

Every now and then a unicorn would gallop in from the outside, the only creature that lived in both worlds, a message attached to its horn with a rubber band. “Come visit,” the message might say, and along with it a picture of a beautiful woman. “Come out, come out wherever you are,” it might say teasingly. “We only want to play hopscotch,” it might say, scrawled under a happy face. “Share and mingle,” it might say, and infect him with the exotic poison of guilt.

Guilt cast a long shadow over the bright lanes of happiness. Guilt gave birth to loneliness and made him realize for the first time that he was alone in the circle.

Not wanting to alarm anyone with his radiance, he sat down for the face lift and the dental work and the rest of it in a small shack at the border, then put on the suit and shoes and stepped over the line. The sky turned immediately gray and the world black and white and they took him straight into custody. They assigned him a lawyer and the trial began.

He smuggled out a plea for help on the back of a unicorn, but of course there was no one there to receive it. The unicorn pawed the rich earth in bewilderment, and the Magic Circle closed in around it.