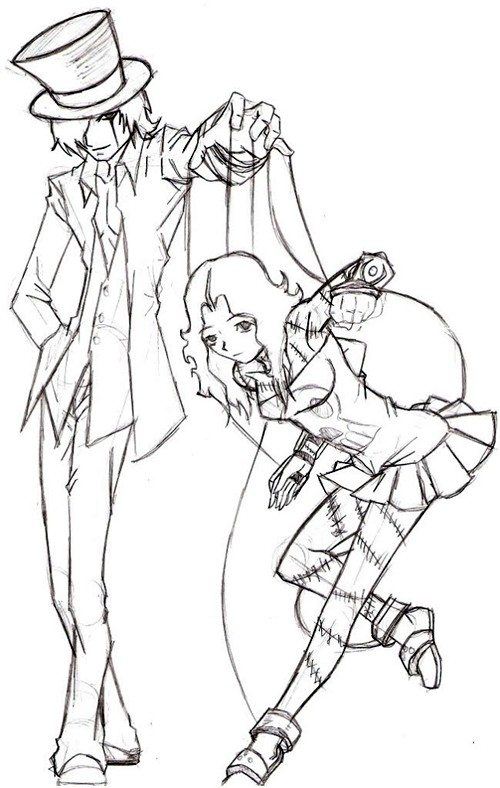 “The brain is god’s puppet strings–shoot a horse in the head and watch it drop to the ground like a sack of rocks, just like when a puppet master grows bored and lets go of his puppet’s strings. This observation could be looked upon as proof of god’s existence. Or that of puppets. Or both.

“Nothing exists outside the mind, don’t you see, and the brain is the tabernacle of the mind. But if nothing exists outside the mind, how can there be a brain for the mind to kick back in? The brain, then, must be an illusion, and the mind needs to anchor itself in illusion in order to exist! So why does the horse collapse when you put a bullet in its brain? Is god dead? Are god and mind one and the same? Is god the original puppet? Does this explain why Pinocchio’s nose grew long? The collapse of the World Trade Center? Sodomy and warfare? Language? Is existence a commodity? What are hard facts worth in the world of the Puppet Master? All this makes me want to put a bullet in god’s brain! Desecrate his tabernacle! Live in a world with no strings attached.”

For months now he’d been aping the behavior the new drug was supposed to produce in him, something that mimicked sanity, and now all he had to do to get back on the street was clear this one last hurtle, make it thru the interview with the shy, young psychiatrist sitting across from him. But he couldn’t keep his eyes off her long tan legs that she kept crossing one over the other. Or off the deep cleavage of her breasts. Off her sea-green eyes, her high cheek bones and her long blond hair. He wanted her, and he knew that the way to her heart was thru her mind, and so he said all that stuff about god and puppets, to impress her, but in doing so he opened a panorama of scenarios that, being, as he was, the Original Thought that spawned the Universe, he was obliged to elaborate upon.

But it was too late.

She stood up, smoothed her skirt, buttoned the top button of her blouse and smiled at him. Without saying a word she gathered her papers, put them in her briefcase, snapped the briefcase shut and left the room.