more than his age 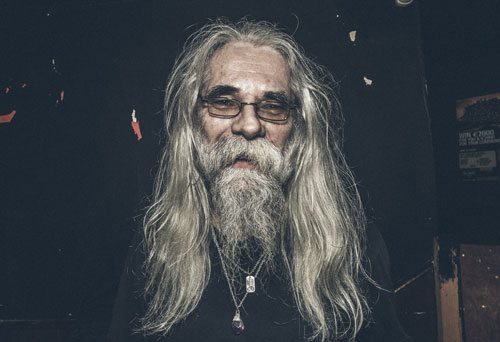 More Than His Age

He had a flashback to hopscotch, but he couldn’t remember the rules, just the rhythm. He began to sense there might be something wrong with it, the way he’d led his life, dragging his heels and slipping back thru generations, remaining young. He had an uneasy feeling about where the whole thing was headed.

Trouble ahead, trouble behind–he started following the Grateful Dead when he was sixty, and he watched the generation around him grow pensive and old. There was nothing wrong with the dream, but they couldn’t shoulder its weight.

Then came the disconnect, a generation he couldn’t relate to, and it wasn’t just their music, it was something inside them that was missing, youth itself. The essence of youth, that’s what he had always recognized until now and locked in on. He felt out of place around them.

It was more than his physical age (he was eighty now), but that did play a part–two beers and he was out cold, and pot filled him with nostalgia. He still did his daily yoga, but there were positions he could no longer get into. And although he loved to dance, he loved to dance in a room full of dancing joyous people, and the generation he was now trapped in crowded onto the dance floor, everyone facing the bandstand, and just stood there, swaying a little and nodding their heads. They were all on the same page of a book he hadn’t read, written in a language he didn’t understand.

He began to isolate. He did it for a full year and he thought he was losing his mind. In desperation (something he had never experienced before) he began searching out members of the generation he’d most identified with, the Hippies. They seemed to have more staying power than other generations he’d encountered, surely there were people he’d known back then who still carried on.

But what he found were bankers and family men, gravestones and blank stares. He found only one person who still had the infectious spontaneity of youth, a poet who laughed abruptly at apparently nothing and who reached out and hugged anyone in reach. Everything in his life coalesced in the moment, moment after moment.

He was on the Alzheimer’s ward in a V.A. hospital in the Nevada desert.

Tagged as John Bennett, more than his age, Poetry