things get weird at the airport 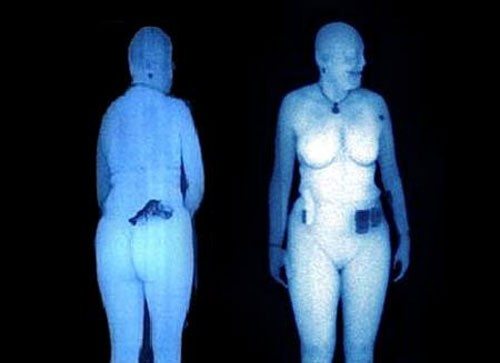 Things Get Weird at the Airport

People started dying in far-away places and he found himself at the airport.

“Take off your shoes,” said one of the security guards. “Stretch out your arms.”

He figured they must be Dutch, because of the shoes, but they were swarthy, so maybe they were Muslim. Muslims had taken over airport security, and no one was batting an eye.

But he wasn’t one to jump to conclusions. Maybe they were Dutch. He tried talking some fake Dutch to them.

“What’s that?” one of them said, his hand on his Taser.

Two soldiers in full-combat attire came up behind him, a man who did look Dutch and a black woman. “Step out of the line, sir,” the Dutch soldier said in perfect English, and when he pretended not to understand, the Dutch soldier and woman soldier put a hand firmly on each of his arms and moved him out of the line. The line inched forward, everyone holding their shoes in one hand and their carry-on luggage in the other.

“Spread ’em,” said the woman soldier, and when he didn’t respond she went down on one knee and pulled his legs apart.

“Bitte!” he said, alarmed and switching to German. Maybe the government had hired Germans to maintain security at the airport.

Then the Dutch or German soldier, whichever it was, bent over, ran his hands up his legs, and fondled his genitals.

“This has gone far enough!” he cried out, and took a step back.

“Sir,” said the woman soldier. “If you don’t cooperate we will be forced to put you in restraints.”

No one looked his way, and the blond soldier twisted his arm behind his back and pushed him face-first down on the tile floor. The woman soldier got on her communicator and called for back-up, and the people in line began inching into the loading tunnel.

The blond soldier kept him face-down until the back-up arrived–a translator, a government lawyer, and an agent from Homeland Security in civilian clothes.

The blond soldier and the woman soldier hauled him to his feet, but not before the regular security guards unlaced.
and pulled off his shoes. His socks were dirty, and the big toe of his left foot stuck thru a good-sized hole. The security guards ran their scanner over his shoes to see it there was a bomb in there, and then they held them up to the body scanner as an extra precaution.

The translator began speaking Dutch to him, throwing in a German word here and there to try to trap him, but he feigned a uniform bewilderment the whole time. He was good, he’d been trained, probably in Afghanistan.

They cuffed his hands behind his back, put a black hood over his head, and dragged him to the security elevator, down into the basement to the interrogation room. They grilled him for eight hours straight, and he wet his pants.

The only identification he had on him was a driver’s license that had expired six years earlier. He claimed that he didn’t drive anymore, and that he hadn’t been on a plane since back before jets. He said he was trying to get on one now to get to his younger brother’s funeral in time, that his brother lived all the way across the country and was 80 years old when he died. When they asked him his own age, he said 84, but the driver’s license had him at 87; someone in his network screwed up big time there. When they confronted him with this discrepancy, he claimed he got confused a lot, and when they asked him where his brother lived, he couldn’t remember. They loaded him into the caged back of a black van with no markings and drove him to a hush-hush interrogation unit at Fort Meade, Maryland.

His name was added to a long and growing list of potential terrorists, and the details of his case were studied and integrated into a complex analysis grid of terrorist tactics that was proving invaluable to Homeland Security in apprehending and detaining terrorists before they could commit a crime.

Tagged as John Bennett, Poetry, things get weird at the airport