the price of dreams 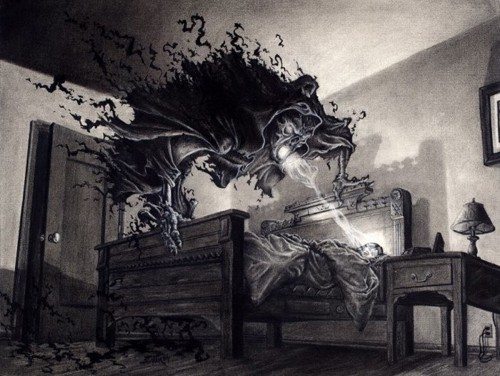 The Price of Dreams

We pay a little extra for our dreams. We circle around and hem them in, compress them and shelve them for the future.

I know, here I go again, spinning off into La-La Land. A bad case of this doesn’t follow from that and nothing adds up. Well, it’s the price I pay to make my point. Just because no one gets the point is beside the point.

I’m still off base. I might even be out of line. I can’t seem to fork back into that first sentence. I’m caught at my own game, caught red-handed with my pants down, and what an image that conjures. I’m paying more than a little extra, I’m paying thru the nose, money down on a nightmare.

There, that’s a little closer. Sometimes it takes awhile.

Addendum: we don’t shelve dreams, we stockpile the stuff of dreams. Roughly 90% of what I’ve got stockpiled got there in the first seven years of my life, and 99% of that is the stuff of nightmare.

I was not a happy child. My nightmares were psychotic and spilled over into my waking life. One night Satan bent over my bed and tried to breathe into my mouth. I sprang bolt-upright in bed issuing blood-curdling screams. My mother and father rushed into the room and hit the light switch. “It’s only a dream! It’s only a dream!” my mother kept repeating, and my father said, “Shut the hell up goddamn it! It’s only a dream!” I kept right on screaming, and pointing. Satan was still there. He was leaning against the closet door, one foot crossed over the other, filing his nails, looking bored and in charge of things.

But the worst recurring nightmare was lying naked pinned to an infinite expanse of cold hard marble by a crushing invisible force while a mountain of shit rumbled toward me. That was all there was to it, and it went on and on and on until I woke up in a cold sweat of terror.

I can remember summer days wandering aimlessly across the Wyoming prairie, the dread building in me as the sun began to set. Somehow I had to learn to live without sleeping.

So there you have it, full circle–we pay a little extra for our dreams.

I guess I was being sarcastic.

Tagged as John Bennett, Poetry, the price of dreams