putting your mind to it 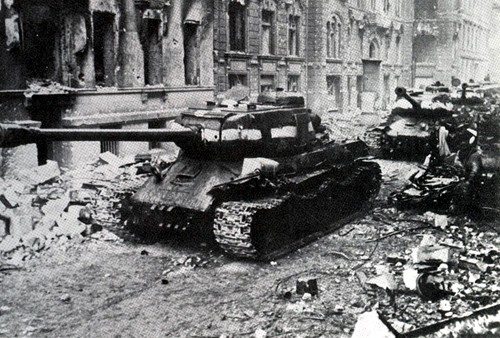 Putting Your Mind to It

Got thru another day, and it was a hard one, full of the unexpected, my imagination on a rampage.

First off, my eyes popped open at 4 a.m. I had no idea what goes on at that hour while I sleep. There was the pitter-patter of little slippered feet running thru the dark house, and there was a doorman at my bedroom door in top hat and a long velvet gown. He was ebony and a good seven feet tall. His top hat touched the ceiling. I rubbed my eyes with my knuckles, the way I used to when I was a child, to make things disappear. It worked with Santa Claus and my guardian angel. It worked with the seven dwarfs. It didn’t work with Lucifer who had a field day back then cramming my head full of nightmares. And it didn’t work now with the ebony doorman. He opened the door and bowed from the waist. “Good morning, sir,” he said as I brushed past him without speaking. I headed straight for the bathroom to take a leak, and there’s Scooter the cat floating in a tub of bubble-bath on an air mattress no more than two feet long and a foot wide, on her back staring attentively at a moth battering itself to death against the naked ceiling light bulb. I took a leak and went into the kitchen to put on water for coffee. Then I sat at my desk in the dark and stared out the window. Snow was beginning to fall.

I kept all this from my work crew when we went out at nine. We had more important things to think about. The snow was already a foot deep and the wind was up. Drifts were beginning to form.

“Not the best day for cleaning windows,” Miguel, the new helper from Paraguay said as we fishtailed around a corner. Marcus glared at him. We approached the big bank clock that also gives temperature read-outs in Centigrade and Fahrenheit, and the Fahrenheit reading was 20 degrees. When it came around again, it was 18. By the time we fishtailed around the next corner it was 15.

“You think this is cold?” snapped Marcus. “This is nothing.”

The temperature dropped to ten degrees and I pulled up at our first job.

We added a half gallon of denatured alcohol to the water and I handed out neoprene gloves. Miguel put his on, then zipped up his North-Face ski jacked and began stomping his feet. He was wearing low-cut running shoes. Marcus threw his gloves in the back of the van along with his jacket, then rolled up his sleeves, grabbed a wand and a squeegee, and attacked the first pane of glass he came to. I lit a cigarette and told Miguel to hop to it.

There were coral snakes curled up on the concrete window sills. It was a government building, and inside were men in uniform around an oval table, arguing. Marcus glared in at them and then began hooking coral snakes with his squeegee and flinging them over his shoulder into the street where they were crushed under the tracks of the tanks that went rumbling by.

Miguel was hesitant to deal with the coral snakes. “You’re not getting paid to stand around with your finger up your ass!” Marcus barked at him and then stormed off.

“It’s okay,” I said to Miguel. “Marcus is in a bad mood.” And then I began picking up coral snakes one at a time and slipping them into my parka pocket. It was warmer in there, and they began slithering around. “There,” I said to Miguel. “Now wash the glass like normal, but you have to squeegee the water off fast.”

The day wore on. It got colder and the wind picked up. Tanks were stalled out all over town, tying up traffic. People were blowing their horns and waving their fists from inside their cars. We still had one more job to do, a three-story pet shop that specialized in elephants and tigers. The tigers came up to the windows as we cleaned them and followed the motion of the squeegee with alert eyes. Now and then one of them would swat at the squeegee with a paw half as big as the window. I thought about Scooter, lounging around on an air mattress in a tub of warm water, and I had a flash of resentment. But then I thought, “Cats will be cats,” and I let it go.

Miguel refused to go up the tall ladder. He said it was dangerous, the ground was too icy and the wind too strong–it was gusting up to 50 mph. Marcus elbowed him aside and up he went. This was child’s play compared with the winter of 01. Marcus is my main man.

And then there’s Miguel sitting in the work van, taking his shoes off and staring at his toes. They were swollen and purple and frost bitten.

Marcus came down off the ladder and went straight to the van. Threw open the door. The wind blew snow inside.

“My toes! My toes!” Marcus mimicked. Then he ripped off his right boot and sock. “You want toes?” he said. “I’ll show you toes!” Three of his toes had been amputated during the winter of 01. Then, without putting his boot back on, he went charging up the ladder again in the howling wind, coral snakes raining down off the roof.

At the end of the day Miguel said he didn’t think he could work for me anymore. I sat him down on the couch next to Scooter who was wearing a miniature bathrobe and watching TV. I went to my desk and cut Miguel a check.

We shook hands at the door. The wind and snow had stopped and the temperature had shot up to 60 degrees Fahrenheit. In the trees, the first buds of spring were bursting forth.

“Feel free to use me for a reference,” I said.

“Hush,” I said. “I understand. This kind of work isn’t for everyone.”

Back inside Scooter had slipped out of her bathrobe and was eating cat nuggets out of her bowl next to the refrigerator. The ebony doorman was at the stove whipping up a stir fry in a skillet. It smelled delicious. I went in and took a hot bath, anticipating a relaxing evening eating stir fry and watching the DVD that had come in the mail from Netflicks. Tomorrow would be a full day, and we were a man short, but there’s nothing Marcus and I can’t handle if we put our minds to it.

Tagged as John Bennett, Poetry, putting your mind to it