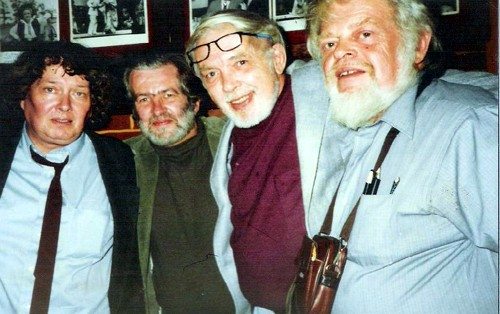 Below from left to right: Hugh Fox, Richard Morris, Curt Johnson & Harry Smith (1992, Chicago) -- all big in the early small-press scene of the 60s & 70s, and all dead now...Harry passed away on November 23rd of this year after a long period of poor health...

Whoever you are when you’re with someone else is a consensual fabrication. Whoever you’re with when you’re alone is a stranger. This is why solitary confinement is cruel and unusual punishment, a transgression of the Togetherness Conspiracy. The weak become babbling idiots in solitary confinement; the strong grow their fingernails long and refuse to come out into the light when the door opens.

Such talk as this is heresy, for Buddhists and Catholics alike. Still, when they join forces to try to squelch the irrefutable, there they are, two conspirators, and in rolls the Inquisition with its thumbscrews and branding irons.

This is a tough nut to crack and the root of all evil. Pastimes and diversions only complicate matters, and summer camp muddies the waters. Sodomy and marriage vows are no help either. How do we iron the wrinkles out of time, free the white dove from its cage, rein in the Lords of Flatbush and keep the home fires burning?

Many years ago I discussed these matters in great detail with my friend Harry Smith over a bottle of good scotch in a Seattle hotel room the night before we shot a volley across the bow of the Literary Establishment as part of the majority of a duly elected grants committee; in a Generalist fashion, we brought The Coordinating Council of Literary Magazines to its knees by granting every applicant an equal amount regardless of what they asked for–$820. This was a boon for the little guy and bad news for the high rollers.

By sunrise Harry and I had finished the scotch and become one. Acute vulnerability is the only surefire defense against compromise, that’s what we ended up with, and we marched into the day to do battle. 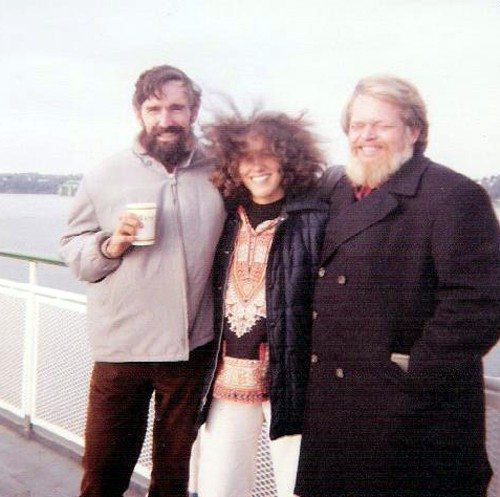