the way we were 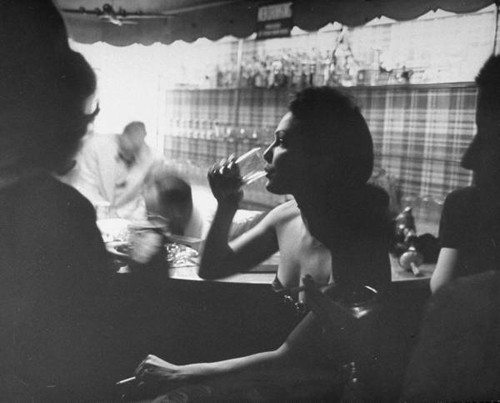 The Way We Were

I remember a time when a bar code had to do with how you behaved in a bar, and scanning was what you did when you were on the lookout for female companionship. If a scan turned out negative, you could always stroll down to the next bar. There were no video machines back then on which to play war games to alleviate your frustration.

There were also no cell phones with a list of numbers coded into them. If you wanted to call a woman you’d scanned with success in the past, you had to have her number committed to memory or scribbled on a piece of paper in your wallet or else look it up in a phone book. Phone books had every phone number in the city in them and were located on a shelf just under the pay phone. Pay phones were located on the wall in most bars, usually back by the restrooms, or on street corners in brightly-lit glass booths. You dropped a quarter into a slot and dialed the number. There were no digital phones. And you couldn’t take pictures with a pay phone, or text or check your email. There was no email. There were no computers, and cameras used film that had to be sent off to Kodak to be developed. If you wanted to send a written message you wrote it on a piece of paper, stuck it in an envelope, and mailed it. It would take from two days to a week to reach its destination. There wasn’t much frivolous communication going on back then.

If a scan in a bar proved successful, there was a protocol to be followed. You’d walk up to where she was sitting at the bar, gesture toward the empty stool next to her, and say: “Is this seat taken?” Or: “Mind if I sit here?” Or, if you were real sure of yourself, “How about I buy you a drink?” and then just sit down.

A few drinks later, after exchanging names and talking about where you work and all the places you’ve lived, you’d signal the bartender for the bill and pay in cash — there were no credit cards. Then you and the scan might go to another bar where there’d be live music. There were no discos.

After the bars closed you might go for a 2 a.m. breakfast at Denny’s. Denny’s has been around for a long time. Then, if you’ve played your cards right, you might take her back to your place.

Maybe this scan turns out to be the love of your life. Maybe you get married and have children. It would be a surprise each time whether the baby was a boy or a girl. There was no ultrasound. And the baby would not have a plastic bracelet attached to its wrist shortly after birth with a Social Security number on it. There were Social Security numbers, but you had to go down and apply for one when you were old enough to work.

I’m not making this up. This is really the way it was. If you don’t believe me, Google it.

Tagged as John Bennett, Poetry, the way we were