king of the house flies 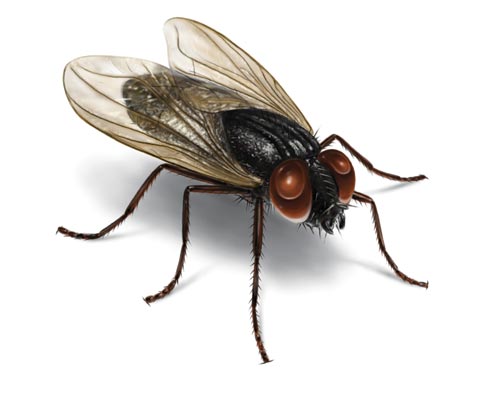 King of the House Flies

After three days and nights, the bluetail went straight out the window at midnight and was beaked by a hawk. This gives rise to a multitude of questions, such as why was I so intensely involved with a bluetail fly, me of all people, with so much already on my plate? I’ll get to that in a minute, but more importantly, why was a hawk lurking outside my window at midnight? Could it have something to do with global warming? One thing leads to another, the polar ice melts, volcanoes erupt, and hawks lose their bearings.

I drove the bluetail to it over those three days and nights. I never let up. I followed him all over the house. He was unaccustomed to such intense scrutiny, his short life until that point had been spent sucking blood from horses and cows. And then he lifted off and flew straight down the country road into the city. He knew he was breaking new ground, a faint green humming in his needle-point brain told him so.

He might have had a future in the city if it had been a different time of year, he might have become King of the House Flies, but it was winter and cold, and the house flies were in hibernation. He found himself alone in darkness, his wings tucked, shivering and lost on a dead twig in my front yard. It was about this time that I pulled to the curb, got out of the car, and went into the house. When the door opened, the bluetail flew in; the door closed and he was trapped.

Another question that could be asked is how do I know the bluetail was a he? That’s a rather personal question and difficult to answer without creating misunderstandings– about me, about the bluetail, about loneliness and desperation. Let’s stay focused on the bluetail, how when he first flew in he went buzzing erratically thru the dark house, until I turned on the overhead light which sucked him in like a moth.

Oh, sweet mother of God, what’s this world coming to? A bluetail fly abandons its natural habitat and is crazed by a light bulb. A hawk lurks in the dark night outside my window. The world is rife with abnormalities.

There’s no way to relate what took place over those three days and nights, the places the bluetail and I went together, but on the third night I opened the window and offered him his first real option, and he took it. He flew straight to the hawk.

Was the hawk morphing into an owl? And if so, what was the owl morphing into on that full-moon night of shifting balances? I closed the window and lay on the couch in the dark.

Things are changing rapidly in ways undetected by environmentalists. By the time the polar ice finishes melting, nothing will be what it used to be.

Tagged as John Bennett, King of the House Flies, Poetry