the man who lived alone 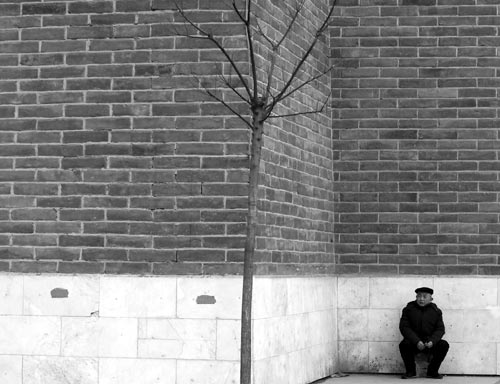 The Man Who Lived Alone

Mostly he was marking time, waiting for the uninvited guest. Treading water in a wet suit, waiting for the shark. Tallying up his losses in a special ledger. Cooking up the acceptance speech for when the fix was in.

It was a simple life. No outlandish hope or weak promises. Now and then he’d check his wrist pulse to make sure everything was on schedule.

He’d answer the phone as if he were a message machine, and when the caller had poured her heart out he’d go beep and hang up. It was always a woman on the phone, the men had given up on him when he refused to arm wrestle. But the women thought they saw an inroad into salvation, they thought he could be brought around again, which never happened. He was a firm believer in the straight line, the short journey from point A to B. He knew what happened after that, it was all there in the ledger.

On weekends he’d leave the house and stroll down to the corner. Look both ways but never cross the street. Now and then he’d juggle squirrel skulls, but mostly he just stood there, staring down the sun.

He’d trained the mailman to regurgitate into the mail box. Then he’d take the mail inside and wipe it clean. It was his one act of tenderness. He never opened any of it.

That about covers it. He wasn’t someone you messed around with. He was a hard man to think about. He neutralized feelings, which is what death is all about. If he caught your eye when you passed his house and he was standing on the porch, it was weeks before you spoke to anyone.

Tagged as John Bennett, Poetry, The Man Who Lived Alone