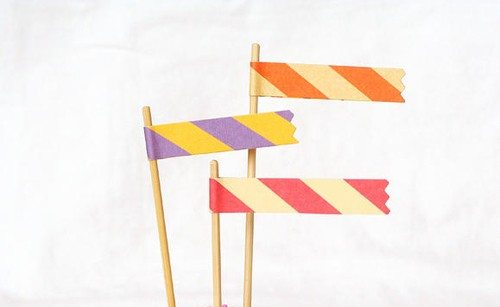 I have an imaginary friend who’s less than six inches tall and walks around the house barefoot waving a tiny flag on a lollipop stick. He’s dressed in baggy gray pants and a gray shirt that is only half tucked in. He has a baby face with crow’s feet around the eyes and a slack jaw. His hair is sandy brown and his eyes are pale blue. Sometimes he’ll climb up in my lap when I’m at my desk and toy with the buttons on my shirt.

When I go to bed at night, after I’m asleep, he’ll climb up on the end of the bed, worm his way under the covers, and wrap his arms around one of my feet. That’s how I first realized he was there, I woke up one morning and found him with his arms wrapped around my left foot, his head resting on my toes. I gently loosened his arms and laid him on the pillow, still asleep. I was reading the morning paper over breakfast when he appeared in the kitchen doorway, rubbing sleep from his eyes. I didn’t look directly at him but nodded in his direction.

I’m not sure how long he’s been with me. Sometimes it feels like forever, but that couldn’t be. I haven’t always lived alone, there have been stretches of time when there have been others living with me, and surely someone would have mentioned him. Or—and this just occurred to me—maybe he’s the reason they left.

I’ve never seen him bathe. Some mornings he’ll get up before me, and when he does I listen for water running in the bathroom, but this never happens. And as far as I can tell he never uses the toilet. He also never eats.

He’s just there, curled against my foot in sleep or parading around the house waving his tiny flag, and I love him very much.