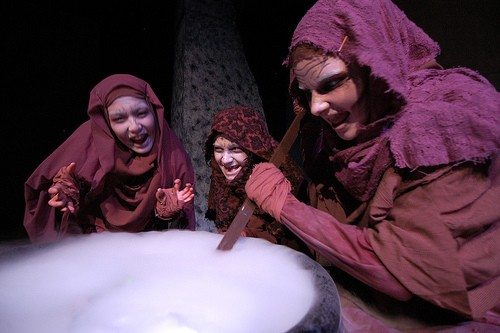 Double double toil and trouble, I know, I’ve said that before, written it down to my plagiaristic detriment, but it’s not what it looks like on the surface, a witch stuck it to me when I was just a boy, just like a witch stuck it to Shakespeare, but mine was an older, less attractive witch, way older, and it wasn’t a good experience, it was horrible, it was pedophilia.

A young witch is a different story, a young witch may drive you insane but she also lays three-act plays on you that run for years on Broadway, she gives you songs that rocket into the top twenty and she showers you in groupies, yachts and penthouses. My witch had one sagging tit and the other’d been amputated, her breath stank and she had broom splinters in her crotch, runs in her dark-purple nylons, a cyclops that liked to watch and a snail that took pictures, and soon it was all over town what had happened, what I’d done, that’s how the press played it, I’d made a move on a helpless old witch, me, a sturdy boy of five with my whole life in front of me. No one asked, “Hey, who took those incriminating photos?” and no one believed for a second that the cyclops was real.

So I had to leave home, leave town, leave the country, wander the world, reach maturity sailing with pirates and doing things I’m not proud of, and many’s the night I’ve lain in the jungle or the desert or behind a dumpster in Chicago and moaned in my sleep, Double, double, toil and trouble, giving away my location and getting run in by the police, getting my picture in the paper yet another time over the caption Witch Molester Surfaces! I’d do my time on the work farm and move on.

So finally I began writing it down, a hundred times on the blackboard like a bad boy after school, Double Double, Toil and Trouble! hoping that would help me to stop crying it out in my sleep and giving away my location, but what I got for my effort was Is that the best you can do? and no one would publish my poems.

That’s when I began organizing witch hunts and got quite good at it and eventually branched out and hunted down anything for a price which earned me respect, the kind that comes from fear.

After that I could say Double Double Toil and Trouble any damn time I pleased and people would slap me on the back and stick a cigar in my mouth.