preparing to go off on your own 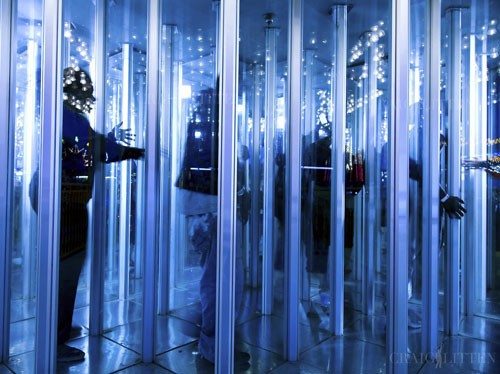 Preparing to Go Off on Your Own

This makes a laughing stock of the wanted posters that used to be in banks and the post office – why do you think they stopped putting them up? Because the wrong person always went to prison, and sometimes it was the person who should have gone to prison who collected the reward money.

That’s bad enough, but things really got serious when it said Dead or Alive on the poster. How often did someone about to be hanged say, “You’ve got the wrong man!”

But the hangman knew who the man about to be hanged really was, just like the judge and the jury and all the people in the courtroom when sentence was passed; they just didn’t know who they themselves were, but the condemned man knew. “You’re a bunch of butchers!” he cried out as they led him from the courtroom in chains.

And think how often a woman wakes up in the middle of the night and looks over at her husband sleeping next to her and whispers, “This is not the man I married…” When we’re asleep we become who we really are, and people who are awake don’t recognize us.

The next morning at breakfast the husband again thinks he knows who he is and the wife sees him thinking this, which is how she recognizes him, and she becomes confused about the night before. This can go on for years, decades even, and if it goes on that long the wife can file for divorce on the grounds of irreconcilable differences.

It’s the children who suffer most, born into the care of two people who think they know who they are, even tho in the long run this prepares them for what life will be like when they go off on their own.

Tagged as John Bennett, Poetry, Preparing to Go Off on Your Own

One Response to preparing to go off on your own