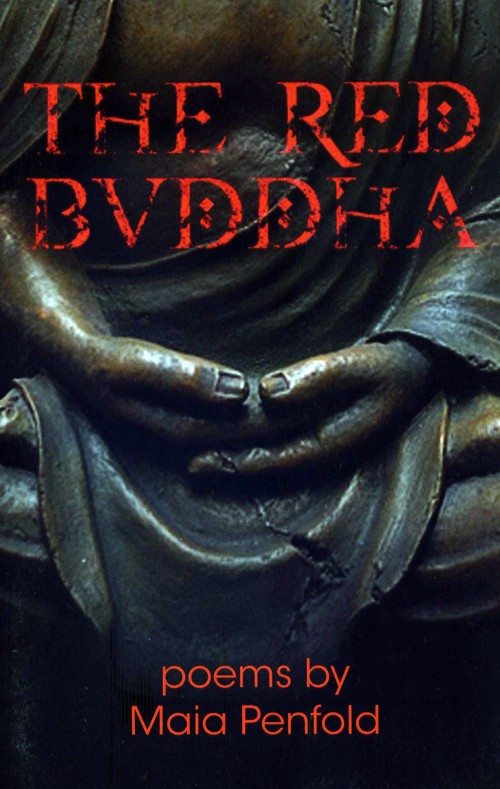 Instructions To My Son

To join with everything

from: The Red Buddha by Maia Penfold 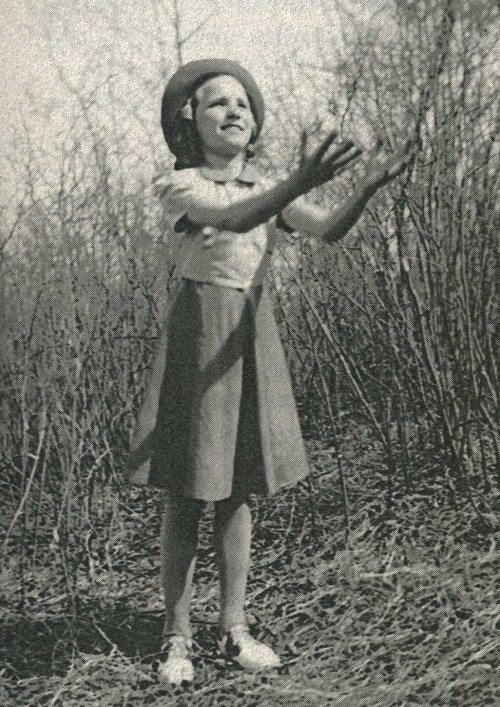 As a kid in Canada I was a voracious reader. When I learned I could take an armful of books home from the Prince Albert Public Library, I started out with a huge heavy illustrated volume of stories from the Bible and puzzled and puzzled over The Merchant and the Pearl of Great Price. The guy gave all his money and worldly goods in exchange for one lone pearl. What happened next? How, I wondered, did he get along with no money for food, for shoes? It seemed to me it was not a practical decision and would lead to a lot of trouble on an everyday basis.

Later I learned poetry is like that, it demands everything you’ve got. And if you’re really into it, it doesn’t leave you much for necessities. The practice of poetry tends to arouse emotions of pity and contempt in our fellow creatures. And yet like that merchant who was so wise and so foolish we are driven to do it.

My favorite book was not the Bible or Lamb’s Tales from Shakespeare, it was the Ramayana, the dancing world of the Hindu epic, shimmering with brilliant color, shining with light, a drumming world, of gods and kings and elephants, a world of happiness, of evil, of turmoil, triumph, and painful tragedy. My favorite god was Hanuman the monkey who opens his chest to reveal his living heart, who rescues the beautiful woman from the cruel king who captured her, Hanuman who makes a bridge of monkeys across the great water, little Hanuman who makes miracles.

Poetry is also like Hanuman, it demands our true heart, it demands we open our hearts to the world as it is, it makes its bridge of words taking us to places we never expected.

I fell in love with Ramayana because it is bigger, more colorful, more musical than the world of the Bible which to me was a very black and white angry vindictive world without joy. I preferred the world of the brothers Grimm with its love and respect for animals but that seemed a small village world with many stupid people. I loved the glorious world of the Ramayana embracing as it did all infinity, I love its reverence for the animals, the way it was a world of both/and, in which the universe is made of dualities and complexities, not a simple-minded sour world of one and only. I was happy to have found a more beautiful world.

And so I read shelf after shelf of books in the children’s section and boldly approached the librarian who was a frightening person to me, announcing I had read everything in children’s. “Now can I read adult books?” “You can read anything you want.” Her ice-encrusted voice told me it was a matter of utter indifference to her whatever I read. And so I got into it all, plunging into pools of biography, splashing around in geology where time changed into new dimensions vast and infinite, I explored worlds of science with Lord Rutherford’s marvelous Chemical Discovery and Invention in the 20th Century. Lord Byron showed me poetry could be made of ordinary casual talk, he was good at sarcastic edges, his words could slash like a scimitar. “There is a pleasure in the pathless woods, there is a rapture on the lonely shore…l love not man the less but nature more…”

I loved that library, books filled with ancient sorrows, with courage, with spirit. Made with the heart and mind and hand of man. I was quite drunk, totally intoxicated like Emily Dickinson, “I taste a liquor never brewed…”

And so eventually of course I had to one way or another try my own hand at it. I began as a reporter and a columnist writing reviews of art exhibitions. And then for years I devoted myself to painting until I got to a place where I could see I needed to make a huge leap into joining painting and sculpture. It was the next new place for me. And I just didn’t see how I could do it and at that point I decided to get back into writing which I had left off many years before.

It would be, I thought, at least five years before I would be able to write anything anyone would value. To my immense surprise within a year I found myself doing readings at which strangers, total strangers rushed up to hug me! A group of musicians with drums and guitars had the idea to accompany me improvising loud rock music as I read “You Think He’s Crazy.” Periodicals in Toronto, Ontario and Madison, Wisconsin published my work. Bukowski accepted my poems for his Laugh Literary and Man the Humping Guns. “When I finish reading a poem,” he wrote me, “I don’t want to feel silk on my hands, I don’t want to feel onionskin, I want to feel blood.” I was invited to take part in readings with Bukowski, Paul Vangelisti, and John Thomas. More often than not I was the only woman on stage, the token woman. It was an odd feeling, a difficult feeling.

In 1974 I sent John Bennett of Vagabond Press a poem, “If You Read Mans Christian Andersen.” He wrote back immediately telling me how on a high bank above the Yakima River where he’d gone to read his mail, the newspaper headlines were Richard Nixon, how he read my poem and Nixon was completely obliterated from his mind. Could I, he asked, send a book-length manuscript of poems?

And so Done With Mirrors was born, published with beautiful front and back silkscreen covers by the artist George Stillman who created a disarmingly simple and powerful image of transformation.

My alliance and friendship with Bennett continues to this day. As though he inhabits the vast panorama of the Mahabarata he does his pyrotechnic dance on the other side of the Cascades juggling and throwing knives, singing out words of fire, painting portraits of cowboys, lassoing the most beautiful women, walking his dog, describing the flight of birds and the inimitable gestures of five-year-old boys and still now that he’s actually white-haired (!) giving us the great gift of wonder, the full range of emotion, illuminating worlds.

Probably the most requested poem at readings has been “Shit.” The title seems to stun those who aren’t familiar with the poem and often at readings someone in the audience calls out “Whaaat?” or “Pardon?” like they can’t believe their ears. So I say “The title of this poem is ‘Shit.'” Whatever expectations people may have at that point are not met, instead I take the audience on a wildly wonderful rollercoaster ride and before I’ve read the last line there’s an eruption of the loudest most triumphantly spontaneous and unrestrained applause. Makes me feel like an alchemist transmuting dross into delight. – Maia Penfold 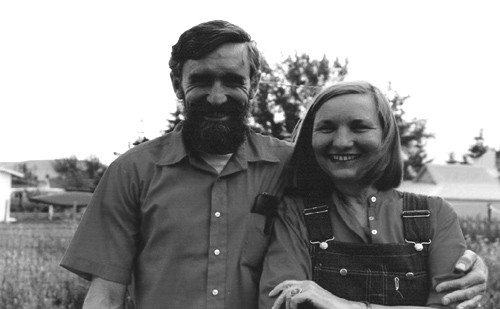 A FEW WORDS FROM THE EDITOR

Maia Penfold, known at the time as Gerda Penfold, drifted into my life in 1974 via an envelope packed with poems. I read those poems in one setting, published them and others in a chapbook titled Done with Mirrors, and from that point on, over the next turbulent thirty-six years, Maia has been a spiritual and creative running mate who remains fiercely independent and disinclined to compromise.

She is a force of nature, no less so at the age of 82 than when she was a young girl in Saskatchewan and a young woman in Los Angeles and San Francisco, and her poetry is charged with this force, an elixir of wonder and innocence, biting wit and easy sophistication, an intelligence that drills to the core. She may be the most overlooked poet of the second half of the 20th century, and it came to me (as these things tend to do) in a flash of inspiration that I needed to collect as many of her poems as I could locate and put them into book form—Maia’s life has been hard and nomadic, and many of her poems have been lost along the way. Not long after that I found myself on a ferry to Bainbridge Island off the coast of Washington where Maia then lived.

It was a magic couple of days. Maia has some health problems that keep her confined to bed or in a wheelchair, but I jump-started her old car and we tooled around the island, ate salmon in a fish house, drove along the ocean shore. We went through the poems with Maia lying regally in her bed stroking her cat Thomas Penfold and me next to the bed spinning around in the wheelchair, calling out for Chinese, the winter Olympics in the background on the TV with the volume down, taking turns reading the poems out loud, saying, “Yes, yes,” or “No, no,” shaping a book with deceptive ease like a couple of seasoned sorcerers.

Maia had it in her head to call the book Grand Canyon, but when I read the long poem “Across the Street” we laughed so hard we had tears in our eyes and our jaws and the backs of our head ached while Thomas Penfold looked from one to the other with mild disapproval and Maia said, picking up on an image in the poem: “Let’s call the book The Red Buddha.” That, young poets, is how it’s done in the real world.

And here it is in your hands, The Red Buddha, a book that is as close as it gets to the collected poems of Maia Penfold, a woman who has burned her way through life with passion, joy and awe. – John Bennett – May 21,2010 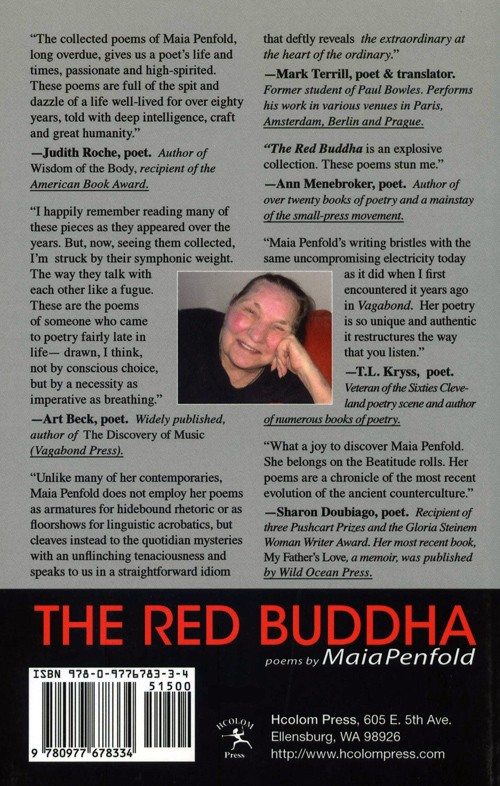 Below, an email from Maia Penfold’s son, Larry. In accordance with Maia’s wishes, expressed in a poem in her book The Red Buddha, Larry poured her ashes into a stream that raced seaward from 13,500 feet up in the Rockies. Photos below. Please click to enlarge.

If you’re interested in The Red Buddha (I think Maia Penfold is one of the most overlooked poets in the second half of 20th century American poetry), here’s an ordering link

Thanks for sharing the note from Stefano, and of course thanks for continuing to support my mother’s work.

It is timely as today is the 2nd anniversary of the day I scattered her ashes. The first 3 pictures were taken at the spot high above tree line in the Rockies, 13,500′. The final picture is not far from home at 7,500′, looking up to the high place where her remains started the seaward journey she wanted. 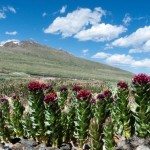 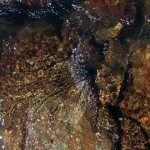 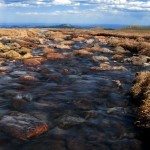 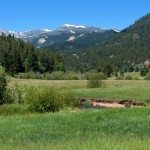