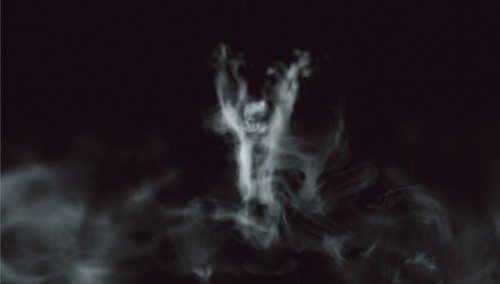 On the 13th day of a winter month thirteen years ago time reversed itself for thirteen seconds and the planet reversed its spin and orbit, throwing every living thing on earth into a stupor except for me and the Seventh Son who, in that brief span of time, like it or not, impregnated thirteen chosen women, two elephants and a chimpanzee from Argentina to Nepal. You’d think this would have been headline news, but it slipped by unnoticed.

I thought about alerting the world to what had happened by writing a Shard about it, but no one would have believed me. No one believes any of this stuff I write, people think I make it up, they think I’m in the entertainment business, what with all the jugglers and clowns and trained monkeys that keep cropping up. They think I live in a fantasy world.

There were some curious after effects to the Thirteen Second Phenomenon, one of them taking place in my own living room. Wraiths materialized out of thin air and never left, elongated and translucent and created by powerful electro-magnetic anomalies. I call them Waif Wraiths because they lack a referential origin.

They seem right at home, the wraiths. They don’t do anything weird, they just float around, almost like people, in spite of the fact they’re translucent and have no body organs or ingestion or waste-processing functions. All they are is shimmering strands of awareness existing outside the laws of physics, created by the most spectacular event in the universe since the Big Bang.

I have no idea what sustains them. I have no idea why they’re so comfortable in my living room. I’m not even sure they’re aware I’m there, although the other night I woke from a sound sleep to find one of them hovering over me and purring like a kitten.

But that might have been my imagination playing tricks on me.