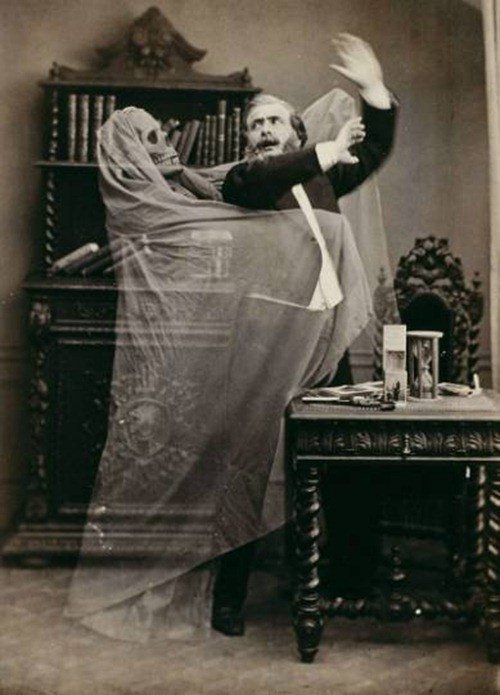 It’s hard to find a happy medium. Mediums live in a No Man’s Land between Extinction and Struggle.

People caught up in the World of Struggle think people who’ve vaporized into the World of Extinction can give them answers, and they’ll pay good money to some quack medium to act as a go-between. But quack mediums don’t have access to the World of Extinction. They’re as trapped in the World of Struggle as you and I, but they don’t lose any sleep over it. They have an intuitive understanding that the whole thing is pointless, and in this respect they’re like Zen masters, but they’ve gone a step further and figured out how to cash in on the situation.