knowing where skidrow is 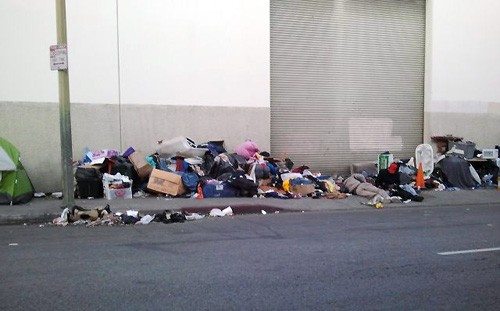 Knowing Where Skidrow Is

Thirty years ago last night I was racing a college kid barefoot in the snow on the college track for $50 – three miles.

I made it three miles instead of the usual one because it turned out the kid ran cross-country. A shrewd move on my part, just like throwing my shoes over the cyclone fence and saying, “Barefoot, punk. I’ll kick your ass barefoot.” Psychology 101 at work.

He was drunk and I’d been drinking for two days straight, which for me was a normal state-of-affairs. I was either drinking or running 10-Ks back then, and I’d challenge drunk college kids in bars to a race to pay for my beer. I felt I was leading a well-balanced life.

I caught him after four laps, pulled alongside and said, “Is that all you’ve got?” He sprinted away like a bat out of hell, and when I caught up with him again a few laps later he was standing on the in-field grass with his hands on his knees puking his guts out.

Another lap and my wife (I’d dragged her out of bed to count laps) said softly as I padded on by, “You may as well stop. He’s gone.”

It was the first time I hadn’t got the money up-front.

The next morning my feet were so swollen I couldn’t get my shoes on, which prompted me to say to my wife, before I had time to stop myself, “You know what? Maybe I need a little help.”

She handed me a piece of paper with a name and phone number on it that she’d been carrying around for over a year.

That night I found myself at an A.A. meeting in my slippers in a roomful of people who raced around barefoot in the snow in their heads.

Now I may have been wearing slippers, but I was showered and wearing a clean change of clothes and looked pretty spiffy, and out of nowhere this gnarly old wino across the table from me said, “You look pretty damn clean-cut to me. What makes you think you’re an alcoholic?”

Well there it was. I had made a big mistake. I was definitely in the wrong place.

“Fuck you, man,” I said, pushed my chair back and headed for the door.

But before I got there the old wino called out, “Hold on a minute. You know where Skidrow is?”

I turned on him. “Yeah,” I said. “It’s here and it’s here…” I slapped my forehead hard and pounded my chest with my fist.

Tagged as John Bennett, Knowing Where Skidrow Is, Poetry