learning to sing in mexican 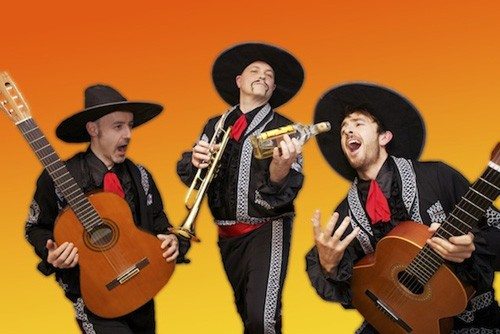 Learning to Sing in Mexican

My father thought I was a tiger because I was born jaundiced and covered in black stripes. An easy mistake to make, I suppose, yet you’d think once the jaundice cleared he’d have recognized I wasn’t a tiger. But he didn’t. Years later, when he got drunk, he’d still slap my mother around and accuse her of bestiality.

I felt more like a zebra, and I ran like a gazelle, which made other boys think I was gay. But I also had lightning-fast hands, and after I’d walloped the shit out of three of four guys after school, they left me alone.

Trollis, who was all black, was my only friend. Trollis had fast hands too, and when we got to high school we started a motorcycle gang that no one wanted to join except some Mexicans. This was in Denver. We called ourselves The Zebras, and you should have seen my father when I came thru the door wearing a black leather jacked with a Zebra stenciled on the back. He went ballistic, and then he stopped in mid-sentence with a stunned look on his face. I wasn’t a tiger after all! I was a zebra!

That was the closest my father and I came to bonding, but it made things worse for my mother; now when my father got drunk he’d accuse her of fornicating with anything on four legs and really lay into her. I’d finally had enough, and one night I decked him with a thunderous right cross.

“You hit your father!” my mother cried out. “Leave this house and never return!”

Trollis and I rented a shack in Mex Town.

The Zebras leveled off with a membership of fifty riders, all Mexican except for Trollis and me. We attracted the attention of rival motorcycle gangs, and we kicked ass, which brought the law down on us. We took a vote, and the gang decided to ride on. We wound up in Kansas City where we learned to play jazz and got absorbed into the music world.

We still bump into each other now and then, and once a year we don our Zebra leather and ride off to Lake Tahoe for a reunion. We get roaring drunk and sing songs in Mexican, a language similar to Spanish that Trollis and I learned as we grew into manhood and left our troubled youth behind.

Tagged as John Bennett, Learning to Sing in Mexican, Poetry

0 Responses to learning to sing in mexican