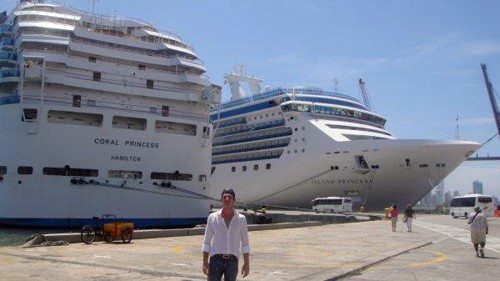 I can’t really blame them for pulling out on me, for waving their little lace hankies from the railing on the top deck of the cruise ship as it weighs anchor, a tall dark stranger standing behind them with a hand on their shoulder, wearing a fedora and a bloused scarf, puffing a pipe, me on the wharf below, a stevedore for all practical purposes.

They always had a pained look in their eyes when they announced they were leaving, pained and skittish, as if they were about to bolt, which they were. They wished things had worked out differently, but – and then they’re gone.

What they need is romance and security, and they sail off to find it.

Tagged as John Bennett, Poetry, Why They Leave