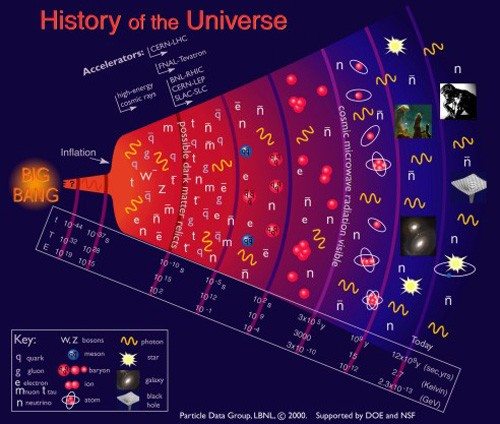 Quarks, according to the laws of physics, technically don’t exist. You can’t put your finger on them, there’s only indications of where they’ve been, like a smear or a disturbance, a reaction to them from particles almost as small as they would be, if they existed. But quarks must exist, again according to the laws of physics, because without them, nothing else in the universe would exist.

Let’s look at it from a different angle. Maybe quarks are what triggered the Big Bang. Maybe a long time ago they lived in a universe so tiny that they were giants in that universe, and feeling clumsy and out of place, they smashed their world apart causing an explosive upheaval that rocketed them into an infinitely larger universe, the one we wander around in that has been expanding non-stop ever since the Big Bang. In this new universe quarks went from being giants to things so small they technically don’t exist.

We should be very careful though, poking around in the world of quarks. We should let them be, lest they pull back into the world they came from and we vanish.