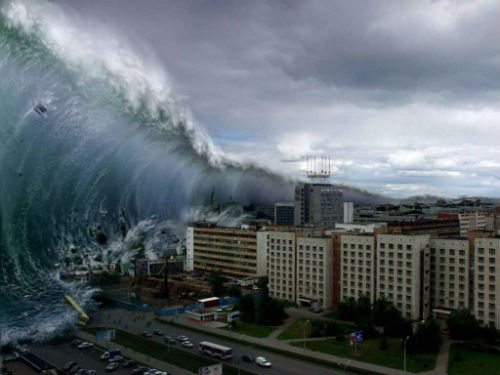 The day after Christmas. On this date in 2004, one tectonic plate slipped under another in the middle of the Indian Ocean, and all hell broke loose. The event triggered a 9.3 magnitude earthquake, releasing energy roughly equating to 23,000 Hiroshima atomic bombs, causing the entire planet to vibrate and altering the earth’s rotation. Fifty-foot tsunamis slammed into coastlines around the world, killing 230,000 people, which is impressive but doesn’t hold a candle to the number of people people can take out when they set their mind to it.

It took four centuries, but the civilized countries of the world managed to slaughter 145 million indigenous savages on the American continents. Having done its part to achieve this goal, the United States, after a few nickle-and-dime skirmishes, became impatient and pit its own young men against each other in a Civil War that took out 620,000 of them, a slaughter record that the combined resources of two world wars, the Korean War and a string of petty conflicts could not surpass until the Vietnam War when the total number of U.S. deaths in foreign wars inched up to 644,000.

This figure is a candle in the wind compared with the global effort to slaughter people with war. World War I managed to take out 20 million in four years, and World War II quadrupled that figure with over 85 million. But all of these efforts to kill more people with war than anyone before you are dwarfed by the Taiping Rebellion in China (1850 – 1864) that in 14 short years took out a whopping 100 million people.

Mother Nature is not impressed. She’s more concerned with what we are doing to her, and soon she will slap our hand. She’ll take away our water and visit us with a pestilence that will make our wars look like child’s play. She’ll wipe us off the face of the earth and start anew.