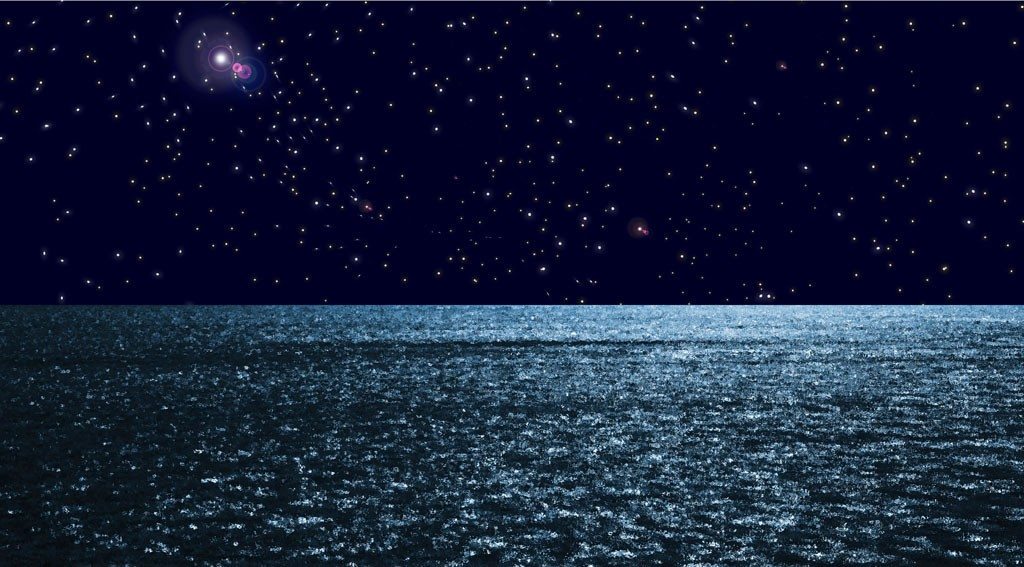 He slipped overboard in the middle of the Pacific Ocean, somewhere between midnight and sunrise.

The ocean liner’s wake sucked him under and dragged him along, and then it set him free. He rose to the surface, his lungs taking in air and his arms and legs thrashing. Then he grew calm and began treading water.

He rode the waves and sank into their troughs. The ocean glowed phosphorescent with plankton. The moon and the stars were chiseled into a black sky. There was a warm breeze on his face. The lights of the ship grew dim and then blinked out over the horizon.

A lone gull circled overhead and then set down beside him, bobbing, its wings tucked, its eyes closing and opening.