other things happen on the hill 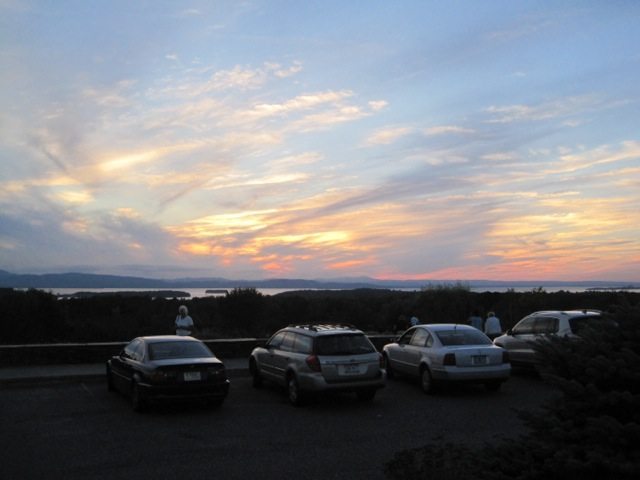 Other Things That Happen on the Hill

A cop with a flashlight nabs a star reporter going down on the coach of the women’s high-school swim team in the back seat of her Camero.

A paraplegic struggles to stay upright in his special chair, staring off at the mountains.

A cowboy crosses his spurred boots on the dash of his pick-up and watches the barrel races down on the rodeo grounds.

A secret rendezvous, as secret as a prime-time TV commercial: he shows up first, she pulls in three minutes later. He gets out of his car and into hers. They kiss.

A van disgorges more Japanese students than it seems possible for the van to hold. They immediately begin snapping pictures–of the distant mountains, of themselves posing before the distant mountains, of the barrel racers below, of the cowboy in his pick-up, of the paraplegic who has now slumped down to an almost horizontal position, of themselves again, smiling into the camera while posing arm-in-arm with the star reporter, the swim coach and the cop, of a chipmunk making a mad dash for the juniper on the far side of the road, of a high-soaring hawk, of the vastness of the valley itself, brimming with history and time.

As far as I can tell, no one realizes I’m here.

Tagged as John Bennett, other things happen on the hill, Poetry