the bluebird of happiness 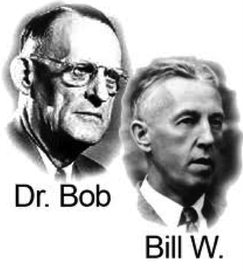 The Bluebird of Happiness

Bill Wilson, the founder of A.A., was considered by Mao Tse Tsung to be one of the great men of the Twentieth Century.

There you have it. Bill Wilson was a Communist and drunks are undercover agents for China.

And then there’s the color business. Hitler had it right, he was just trying to knock some sense into our heads, the Aryan Race Show is in danger of getting rained out by a storm cloud of color. We need to turn those oven fans back on and blow those storm clouds away.

Hitler is given too little credit. His was the first corporate government, a fact that got obscured by his emotional outbursts and heavy-handed tactics. He came up with the first Interstate and the first compact car. He invented missile warfare and was hard at work on the A-bomb when we landed at Normandy. He made lamp shades from human skin. He was the first global humanist, and we shot him down like a dog.

Al Qaeda and ISIS and A.A. are the threats we now face. But the real measure of how far our way of life has been undermined is “that one” who took over the Presidency–a black Muslim who’s not even a citizen and who attends secret A.A. meetings! You don’t need proof to know the truth when you see it.

It’s high time we strike at terrorism’s nerve center. It’s time to take out A.A. We know what sort of “Higher Power” they worship in their cult cells in Akron. We need to round up drunk drivers and all the scum on Skid Row and execute them – eliminate A.A.’s recruitment pool.

If we commit to this strategy and remain firm in our resolve, all the evils that cloud our way of life will blow over and the Blue Bird of Happiness will once again chirp his song of freedom from the high branches of our first President’s cherry tree.

Tagged as John Bennett, Poetry, the bluebird of happiness