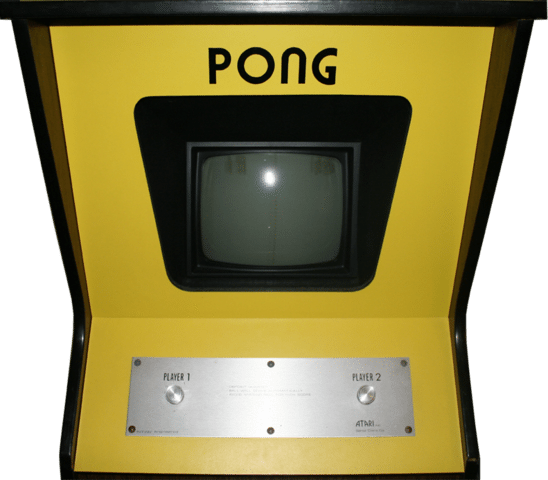 Is the glass half full or what? Half empty? The age old question that people ponder while riding trains; while waiting for the doctor’s verdict. Six months to live, but first, the chemo.

If it’s half empty, the glass, which half is full? The top half? Some glass that would be! You could poke out the Internet’s middle eye with a glass like that, throw a punch at this idea Elon Musk has that we’re a half empty glass, a simulation, something virtual.

Look how far we’ve come from Pong! Smack dab into the lap of virtual reality. Perhaps we are virtual reality and what we call virtual reality is real reality, and it’s shaping us, not the other way around. Perhaps it’s all been mixed into a batter for an entirely different loaf of bread.

I know, who am I to be making such pronouncements, a guy who’s never played Pong, a guy who thinks the colt resulting from a sexual union between a stallion and a mare at sunrise on a high plateau in Wyoming is superior to a colt created in a test tube.

Based on the evolution of computer games, Elon Musk has decided that the human race has become a simulation.

There’s no limit to where we can go now, whether we’re real or virtual. Facebook will carry us along through the rough spots, and all will end well. Why just last week it was announced that some young upstart has come up with an ingenious device that can be implanted at the base of a man’s cock, snug against his testicles; it’s called the Cock-a doodle-doo, look for it on line. It’s programmed to measure every aspect of a man’s ejaculation—the force of it, the degree of pleasure it gives him, and the degree of pleasure it gives his sex partner, be it man or woman; if there is no sex partner involved, this too is recorded. The installation of the implant is a simple, painless procedure that can be performed while sitting on your toilet seat at home.

Negotiations are already underway with Mark Zuckerberg to set up a link to Facebook that will transmit ejaculation readings and the degree of pleasure involved for all parties concerned. The results will immediately appear on your Facebook page to be compared with the results of other ejaculations, and a whole new game will be born.