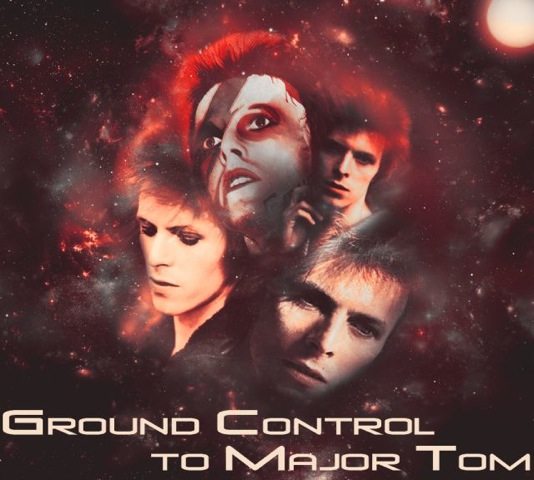 There’s growing opposition to the liberties I’ve been taking with Major Tom. People in the know write to inform me that Major Tom is David Bowie’s creation. One in-the-know individual made mention of Peter Shilling, a German who did his own spin-off on Major Tom, so if I think I’m doing something new, I’ve got another think coming. Those who’ve never heard of Major Tom grow agitated. “You’re making things up because you can’t handle reality!” they tell me.

I let out some tether and float into space.

“Come back here!” they call after me. “You can’t just float away!”

Someone else has a hunch that Major Tom was my commanding officer in the army, and they want to know what took him out. Something took him out if he no longer exists like I’ve been saying. Was it in Nam? Somalia? Afghanistan? Was he still a major? A colonel? Maybe a one-star general? This individual is a frustrated historian who longs to take part in a literary seminar, and so launches deeper into inference: Am I still a soldier at heart? Am I about to wage war?

I’m just a clown with a tube of super glue, sweeping up the pieces of Major Tom’s legacy and pasting them together willy-nilly while longing to float into space.

Me and Major Tom, off on the great adventure.