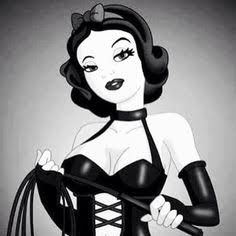 He was as fragile as a buttercup, although you couldn’t tell by the way he held his hand over a candle flame until the flesh blistered, by the way he drove nails into wood flush to the head with one hammer blow, by the way he disciplined his son so that he stood at attention even when alone in his room, by the way he chastised his wife if she looked away when he questioned her, by the way his Doberman followed two paces behind.

You couldn’t tell from outward appearances, but when off on business in Caracas he’d slip into a part of town he had no business being in and visit a prostitute who worked out of a hovel, barefoot and dressed in tight shorts and a magenta blouse that floated over her breasts. He’d hand her a hundred-dollar bill, undress and lay naked on the packed dirt floor. Then she’d take the whip from its hook by the door and commence whipping him across the legs and back. “Bad Boy!” she’d hiss in heavily-accented English. “Bad Boy!” until he curled into the fetal position and wept.

Then she’d lean against the stucco wall of her room smoking a cigarette until he pulled himself together and left, which took no time at all once she’d stopped whipping him.