i try to imagine 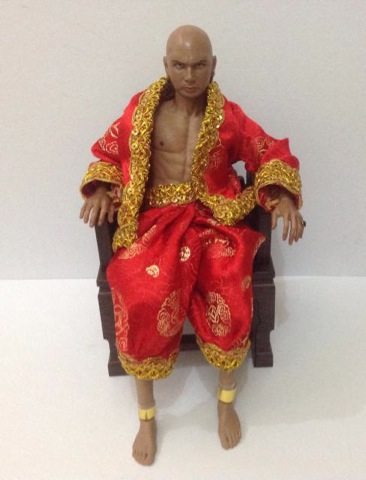 I Try to Imagine

I offer him a croissant and some coffee but he says he’s already had breakfast. I ask him if he ever thinks about windows, and he says strange you should ask.

“I dreamed of windows every night as a child in the open-air castle,” he says. “Nightmares, really. Why block the passageway between you and the outside world with glass barriers? Later on in life I grew claustrophobic just thinking about it, and twenty wives were not enough to wipe out the dread.”

He doesn’t see where I’m coming from. He doesn’t see that I’m offering him work as a window cleaner. But why would that even occur to him? He is, after all, the King of Siam.

Things begin to grow delicate. He takes note of my windows and sees I’m not one of his subjects. He becomes startled to realize that he’s speaking in English.

“It’s alright,” I say, but his alarm escalates.

I try to imagine that I never imagined him, but it’s too late. He whips out his scimitar.

I’m surprised at how well I handle him, and then I see that Indiana Jones has take my place. I’m safe and out of the action, pulling puppet strings and giving cues from the wings. I send the two of them off in the work van singing love songs in Chinese.

Tagged as I Try to Imagine, John Bennett, Poetry, shards