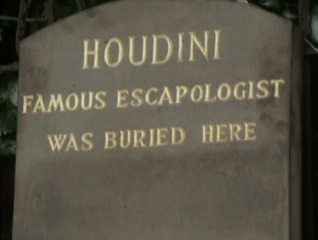 It’s only when there’s almost no future left that you can stop living in the past. Well, for most people anyway. Maybe not if you’re a yogi who regurgitates his intestines and swallows them back down again, or passes 500 mics of good acid thru his system without having it faze him, or gets sealed in an air-tight chamber for twenty-four hours sitting in the full lotus and steps out again when the door swings open, unruffled and with a blank look on his face.

These guys never blink, even if they’ve got something in their eye. They don’t dance or sing or chase women. Sometimes they wake up in the middle of the night with an enormous hard-on, but they never touch it; they don’t throw the covers back and stare at it; if it persists they’ll regurgitate their intestines on it, and that usually makes it go away.

It makes you wonder how they got this way, these yogis – some sort of childhood trauma that erased time? That’s just a wild guess on my part, I really don’t have a clue. The only story I’ve heard that might give a clue is the one about the yogi who was present when Houdini got dumped in the Hudson River in the dead of winter. He was in a straitjacket and had chains on his wrists and ankles and they stuck him in an iron box, sealed it from the outside with ten padlocks, and dumped him in.

He was down there for a long time. Women on shore began wailing, and strong men cried out, “Bring him up! Bring him back up, for Christ’s sake!”

And then he came bursting thru the surface of the choppy water, free of his straitjacket and chains and grinning from ear to ear. He waved at the crowd and then swam to shore with strong strokes.

They pulled him out of the icy water and wrapped him in blankets, and the crowd surged around him. Reporters were firing questions at him and taking pictures with flashbulb cameras, and radio announcers were waving microphones in his face. And then the yogi worked his way thru the crowd, walked up to Houdini, and spat in his face. He turned and walked away again.

Right there, ladies and gentlemen, if only we knew how to decipher it, is the answer to the riddle of why we dwell on the past while the future dwindles away.