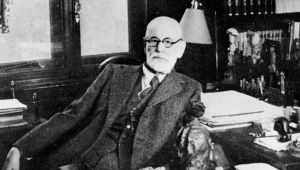 One predicament crashed into the next, and the hot sun baked his wool sweater. They took down his shingle and he spun off into a doomsday scenario. His life’s work had been shot in the underwear. Something made him shift gears, something outside the text books.

He hit the streets. He stole the Elephant Man’s mistress, and she gave him three star-crossed children, not a one with his eyes.

By this time he ate his meals in the mission and slept on the grassy knoll, waiting for someone to shoot.