eating out while the valley burns 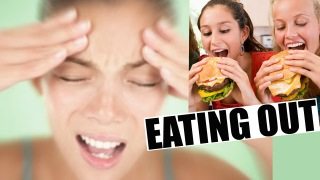 Eating Out While the Valley Burns

Corn with seasoned rice and tilapia. Black coffee. Raging fires. It doesn’t make a dent in the Muzak, the fact half the valley is burning and the wind is gusting at 40 mph. Nothing makes a dent in the Muzak. Muzak is impervious to change.

Think of the look on a Christian fundamentalist’s face when out of nowhere it hits him like a ton of bricks that quantum physics looks more like god than a crucified Jew. Still, the Muzak rips away at the cerebral cortex of truckers and tourists. Still, the wild fire rages.

Well, there you have it. Connect the dots, create your own maze. Splash in some color, and after they’ve gone to bed, plan a future for your children who are quantum physics in motion, experiencing everything simultaneously as if it was the natural thing to do, until you send them off to school.

I refuse to be beaten into submission, by disaster or Muzak or a well-planned future. I refuse to play the violin while the valley burns. I refuse to sweep up the body parts and create my own monster. I refuse to pretend that we’re going somewhere.

The big mistake they made in their efforts to sever me from a childhood overflowing with magic was to destroy my ability to read and write in the first grade. I tumbled back into everything. I became a smear of probabilities. I survived, and then I took back the words and went after them.

Stop laughing. Stop sneering. Stop feeling sorry. Stock reactions from a world stripped of imagination and locked down in a rigid probability that gets passed off as reality.

No one blinks and reality stinks and the Muzak rages on.

Tagged as Eating Out While the Valley Burns, John Bennett, Poetry, shards