if you don’t know jazz when you hear it 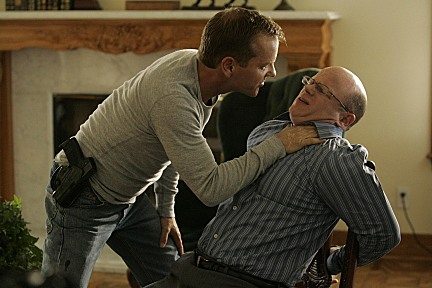 IF YOU DON’T KNOW JAZZ WHEN YOU HEAR IT

I thought the Committee was a done deal, but yesterday they popped up again. Literally popped up. They were in the back seat on the floorboard, two of them. I’d gone through my mocha ritual and was scribbling away, the yellow pad braced on the steering wheel, when one of them cleared his throat. I leaned over the seat and there they were, curled up like baby penguins, no bigger than midgets.

“What the fuck?” I said, and they pulled themselves stiffly onto the seat and sat there straightening their ties.

“Let me guess,” I said.
“Don’t!” said the taller one. “We don’t need you guessing. You’re always guessing, and that’s why we’re here.”

“The Committee,” I said.

“See?” said the shorter one. “I told you he’d go ahead and guess anyway!”

“And that’s more of why we’re here,” said the taller one.

“We don’t do manifestos,” he said. “We’re not the same committee. We’ve broken away. We’re free agents of the People. You think you speak for the People, but the People are up to here with you.” He indicated his throat.

“You’re without scruples!” said the shorter one. He was more emotion than the taller one.

“What’s the matter?” said the taller one. “The cat got your tongue?”

The shorter one began bouncing on the seat and clapping his hands, feeling they’d scored a point. The taller one put a hand on the shorter one’s shoulder to stop his bouncing.

“Are you ready to hear the People’s grievances?” said the taller one.

Here comes the manifesto, I thought. “Shoot,” I said.

“There will be no violence,” said the shorter one. “We come in peace.”

“Wilbur,” said the taller one. “Just shut up.” And then, to me: “The People are sick of your self-indulgences when there are so many Big Issues at stake.”

“Big Issues,” I said dreamily, unable to wrap my mind around the concept.

“Those sound like Big Issues to me,” I said. “Can you be more specific?”

“That’s what I’m getting at,” said the taller one, who looked like his name should be Stanley.

“Is your name Stanley?” I asked.

“He did it again!” said Wilbur.

“What if it is?” said Stanley defensively.

“Well, Stanley, what are you getting at?”

“The specifics! No one wants to hear your specifics!”

“That’s the only way to break through the Big-Issue ruse,” I said.

“Yeah? Well you don’t see the rest of us running around yelling our heads off that we had toast for breakfast,” said Stanley. I could see he’d reached the limits of his imagination.

“Toast for breakfast is a Big Issue,” I said. “Now if you tell how a filling fell out of a tooth when you bit down on the brittle burnt toast, how you filled with loneliness and dismay when you ran the tip of your tongue into the rough-edged hole–that’s specific.”

“Who cares!” Stanley blurted out. “Is that as important as the Big Issue of an Iraqi child with her legs blown off?”

“Wow!” said Wilbur. “He’s off the charts! He doesn’t care about legless children!”

“What about Dick Cheney blasting that guy in the face with buckshot?” said Stanley.

“What about the guy,” I said. “A chipped tooth, a legless child, an old man with a face full of buckshot.”

“That’s about all I’m going to take out of you!” said Stanley.

The two of them looked stunned.

“We just might do that,” said Stanley. “But you’d better back off. That’s our message from the People.”

“What people?” I said. “The guy with the chipped tooth? The legless child? The old man with a face full of buckshot?”

“There you have it,” I said, reached over the seat and opened the back door.
They got out and went hobbling down the road to make their report. I lit another cigarette and watched them go. There was only one explanation I could think of for what had just gone down—they’d somehow got on my e-mail list. Or they were working for someone on the list, possibly more than one person, possibly a Committee.

The People, yes. It was more imperative than ever that I get Tire Grabbers into print and circulated to remind individuals of the specifics of who they are so that we will be able to recognize each other in our dwindling numbers. Explanations are of no use. It’s a matter of telepathy. If you don’t know jazz when you hear it, I can’t tell you what it is.

As you’ll be able to tell from some of the references, this Shard was written a long time ago, but the heart of the matter is eternally current. It was written after Tire Grabbers was written, but before it was published…

The Committee was a witch-hunt organization I cooked up and then did battle with in a number of Shards.

Tagged as IF YOU DON'T KNOW JAZZ WHEN YOU HEAR IT, John Bennett, Poetry, shards, Tire Grabbers