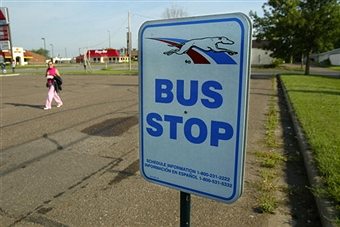 He thought about how the pain letting up tied in with the number ten, and beyond that how both had nothing to do with the house and the wife and the rest of it, but he drew blanks when he tried to reach a final solution. It was the brain damage–his two-faced aunty when he was a small child who was all smiles and honey around his parents but a banshee when she had him alone, wrapping him naked in duct tape and squeezing his little cock and balls while slamming him alongside the head with a frying pan.

They concluded he was born that way but they worked hard and got him smart enough to send to Iraq where a road mine blew him out of his Hummer and gave him a walloping concussion, and that’s where the checks came from, from the government.

Then they said he wasn’t that bad off, he could get out there and work like the rest of us. He couldn’t of course, so there he is at the age of 23, wearing strange clothes and packing a begging bowl, in line to get on a Greyhound to Florida because he heard it was warm there.

The other monks give him wide berth.