estranged from the sun 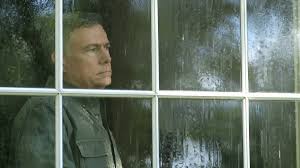 ESTRANGED FROM THE SUN

He stared at his reflection in the kitchen window and then walked out of the kitchen, hitting the light switch as he entered the living room.

He sat down on the couch and made doodles on a napkin with a ballpoint until the napkin was full. He crumpled the napkin and flicked it. It lay on the living room rug, slowly unfolding, as if it were cellophane.

There was only one person who when he was in her company made him feel that their lives mingled. He knew from experience that this was an illusion, but it is the only illusion that made life bearable. Knowing this took something away from it, but it was still there nevertheless.

Every morning for a long time now he wakes up with the sensation of being crushed or strangled. He knows that it’s his own mind causing these sensations, but part of him feels that this is the only thing left that has meaning.

He stood up from the couch and stared at the napkin. It had ceased unfolding. It had gone as far as it could in its effort to regain its original shape. He nudged the napkin with the toe of his shoe, then locked the front door, put the porch light on, and went to bed.

Tagged as ESTRANGED FROM THE SUN, John Bennett, Poetry, shards