he covered the waterfront 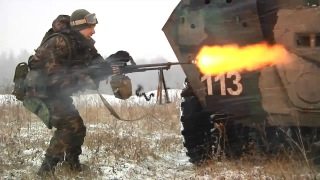 He Covered the Waterfront

With a ball-peen hammer he’d tap messages on ribbed metal conduits three feet in diameter that ran along the train tracks and down into the harbor, then cup his ear and listen to the echoed moans within.

He slept under a viaduct in a burnt-out Olds-88 with the doors, hood and wheels gone. He had the back seat and a Chinese dwarf dressed in burlap had the front. On cold nights the dwarf would climb into the back and spoon against him for warmth. There was nothing sexual about it, but it filled them both with tenderness.

His family knew where he was but pretended not to. It was easier that way. His mother packed a lot of guilt–she should have put a stop to it when he was just a small boy and started bringing wounded bird’s home to heal. From there it went to stray dogs and cats and then human beings with crazed eyes. If only they’d put him on medication, maybe none of this would have happened.

It surprised them when he signed up for the army. But then he learned Arabic and went AWOL and gave his money to children in villages he passed through–that’s how they tracked him down. Six months in Guantanamo and a full year on a nut ward and he wound up on the waterfront.

A cub reporter got wind of what was going on and did a human interest story for the local paper, but his father had connections and killed it before it went to press. It was election year, and their one big hope was that maybe Bernie Sanders would get elected and stop such things from happening.

Tagged as He Covered the Waterfront, John Bennett, Poetry, shards