green as a motif 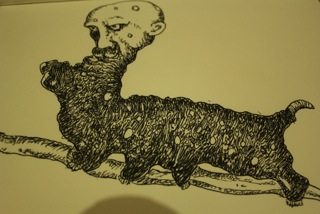 GREEN AS A MOTIF

He had a dream about caterpillars. They were crawling over a close-cropped expanse of lawn the size of a polo field. He was nowhere in sight, but his consciousness was the lawn itself, a carpet of sensually undulating green.

He wondered what drove them, why they didn’t veer away before spilling into the gravel.

He sensed that after the last one fell into the gravel, something that had been vital and essential in his life would be lost forever.

Tagged as GREEN AS A MOTIF, John Bennett, Poetry, shards