he tried to consider his options 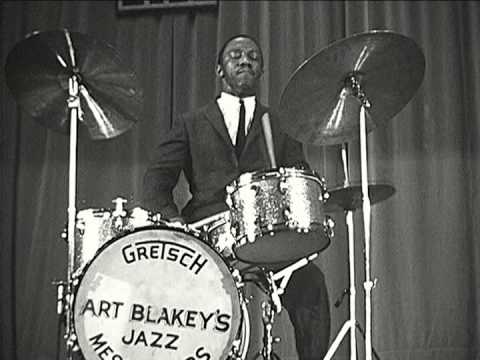 He Tried to Consider His Options

On his way to school in the brisk Kansas mornings he’d hum, “I’ve got rhythm, I’ve got music, who could ask for anything more?”

He wanted to be another Art Blakey, but before he got any further than clanging the cymbals together in the high-school marching band, Jean got pregnant in the back seat of his cherry-red Ford coupe. He dropped out of school, sold his drum set, and went to work as a mechanic for the Ford dealership.

He and Jean raised four children, and as soon as the last one moved out, Jean began talking about his drinking. It caught him off guard, and all he could think to say was, “I never missed a single day’s work.”

That wasn’t good enough for Jean. “Normal people don’t drink a six-pack a day and a pint of Jim Beam on weekends,” she said, and told him he needed to go to A.A.

He went, and when it was his turn to talk he said, “I’m Art Blakey and I’m an alcoholic,” even though he didn’t believe it, the alcoholic part.

Jean started going to Al-Anon and saying things like, “All these years of enabling you, all these years of being a co-dependent. I can’t take it any more. I need to get in touch with my inner child.” It was like she’d learned a foreign language over night.

He had no idea what she was talking about. He stopped going to the A.A. meetings and started going to the local tavern instead, something he hadn’t done more than a handful of times in all the years they’d been married.

Jean took his going to taverns as a sure sign that his disease was progressing, and her support group at Al-Anon told her that hard love was the only answer. He came home one Friday after work and found a note on the kitchen counter saying that his life was unmanageable and she’d gone off to find herself and not to come looking for her.

He took the Jim Beam out to his pick-up and sat in the dark drinking it. He tried to consider his options, but by the time he’d finished the Jim Beam he’d gone numb and just stared out the windshield.

Tagged as He Tried to Consider His Options, John Bennett, Poetry, shards