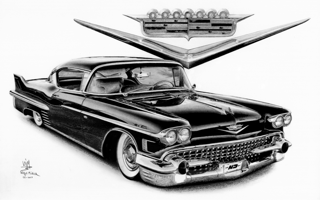 The only way to write with meaning, deep down in the marrow meaning, so deep you’re beyond logic and tin-horn everyday assumptions, deeper almost than words, is to absolutely no-holds-barred no exceptions not give a flying fuck what anyone thinks or if anyone even reads it, what you’re writing. While you’re writing, at least. After that all sorts of things may happen. Like winning the Pulitzer (ha-ha) or being executed at sunrise. It may come to that, what with terrorism the scapegoat for every travesty under the sun these days and euphemisms raining down like quarry rocks.

Let me count the ways that memory gets mangled by an attention span the size of a prune. Let me tell you how an old man just climbed out of his car (I’m in my car, up on the hill, which makes this a hill shard, and if you don’t know what that is you’ve missed out on a few years of preliminaries, and–what? Because it sounds like I’m addressing you personally you think I do give a rat’s ass what anyone thinks while I’m writing? Think again. I’m busy creating a customized universe without forethought or afterthought, I’m slicing through the dark waters like the ship the Black Freighter, I’m Krishna on shore leave, I–)…out he climbs and walks right up to my open window and gawks in at me! He wants to have a little chit-chat, but I neither look up nor stop writing, and he finally mumbles something into the sky and drifts off.

He’s paying the price for the years of lies that went into that sleek Caddy he just climbed out of, for his wrinkle-free Eddie Bower jogging outfit, he needs someone to take up his slack for him, but it’s not me. I don’t want to be his buddy, I don’t want to eat his consequences like a hyena wolfing down wildebeest entrails.
I slap down one last sentence, start the engine, and drive off, tooting my horn when I pass him.