lessons on how to write a story 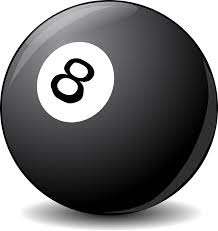 LESSONS ON HOW TO WRITE A STORY

Suddenly nothing works. Your teeth rot out and the music stops.

Strike up the band!

I knew a guy with no teeth who could gum down steak. He eschewed false teeth. He shot tournament pool with a broom, bristles and all. He lied about his age in reverse for a guy of fifty, said he was older than he actually was. He was gay and mean and an ex-Marine.

There are those who would frown on this. Not the gay ex-Marine who’s now dead from an overdose, but where I started telling the story. They would admonish with a wagging finger. Hell, they’re doing it now, startled to suddenly have a spotlight put on them from the guard tower.

“Halt! Face-down in the garden plot! Hands locked behind your head! The interrogation team will be along presently.”

These arbiters of style and usage would also suggest I do away with the last three paragraphs and edit the piss out of this paragraph. “Tighten it up!” they say. “Slash and burn!”

One day this gay Marine rode into the Cornerstone Tavern on a horse along with a leather-faced woman also on a horse who once ran with John Dillinger’s get-away driver. They sat tall in their saddles and scowled down on us. We were a rowdy bunch, but we grew silent with reverence.

Finally, something to look up to.

Tagged as John Bennett, LESSONS ON HOW TO WRITE A STORY, Poetry, shards