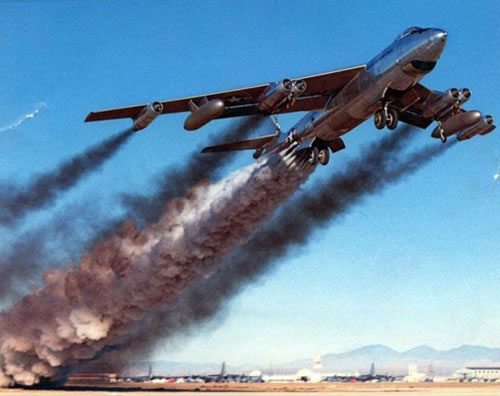 Lines written before jumping out a ten-story window. While cowering in the belfry of Westminster Abbey. While building a stone wall to keep out the neighbors.

Lines on the mirror, lines on her face. Beauty marks and age spots and the wild sun’s corona. Lines in the dust, in the single’s bar, strung out between a parabola of poles. The Wichita Lineman, splicing one voice to another over mountains and prairies, deep under troubled waters. Soup lines, unemployment lines, soldiers all in a row.

If you lined every Chinaman up six abreast and marched them into the sea, it would go on forever. That’s what General Curtis “Bombs Away” LeMay, in charge at the time of a fleet of perpetually airborne B-52s armed with atomic bombs, said to Arthur Godfrey on the Arthur Godfrey Radio Show. This alone, said LeMay, was a good enough reason to “nuke the chinks”.

All hell broke loose, and LeMay was told by the President to apologize. He never did. Instead he said that the woodpile was full of Communists who were putting words in his mouth. Nuke the woodpile.

When I was 13 years old, my father in the Air Force and stationed on Offutt Air Base, I took General LeMay’s daughter, Janie, to a matinée at the base theater. We went to the same school. When the lights went down, she took my hand and placed it on her tiny breast, and that’s where it stayed until the movie was over.

It was like Che Guevara dating Richard Nixon’s daughter.

I was obliged to meet her father when I took her home. LeMay was sitting in his easy chair in his shirt sleeves, sipping whiskey, smoking a cigar, and watching football on TV. He looked me over, told me to make sure I served my country when I grew up, and then went back to his football.

Little did he know that his daughter had gone to the movies with someone who would one day march on the Pentagon and the FBI would start a file on. 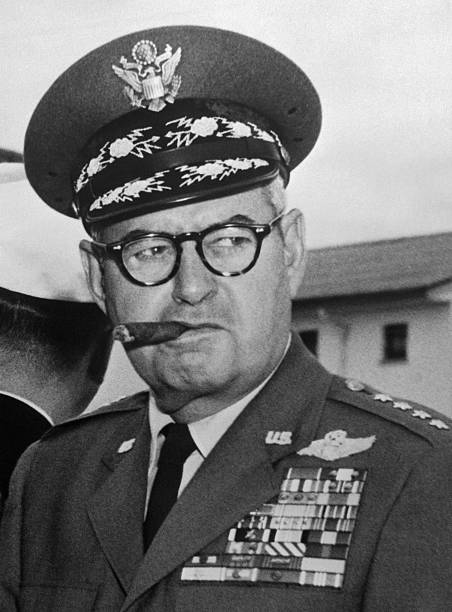