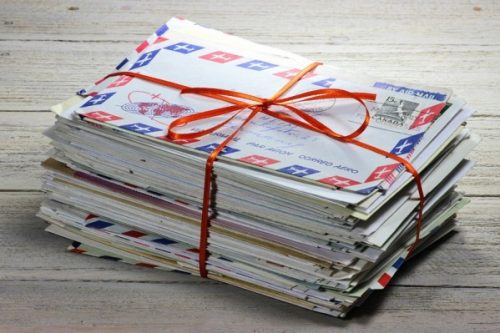 I have a pen pal. He’s shy on paper. He talks about the weather. His dog Rodney. His paper route. I try not to probe, but a paper route? How old could he be? When I ask I don’t hear back for almost two months, and then no mention of age.

I’ve never been to a chat room. I’ve been to a funeral parlor. I remember looking down at Uncle George and wondering if he’d ever had a pen pal. That’s how long I’ve been at it, since the age of six.

At one point, in my early twenties, I had five pen pals, almost like a chat room. I have no idea if that was common, having multiple pen pals. It’s almost like infidelity.

I wonder if what drove people to seek a pen pal is the same thing that drives people into chat rooms? Knowing that would be a good indication of how much things have changed.

“How’s the weather down there in Kentucky?” I write my pen pal. “How’s Rodney?” I don’t mention the paper route. “My dog died last week,” I write. “It’s windy here. I may take a trip.”

I seal the letter in an envelope and paste on a stamp.

Walk it down to the mail box.