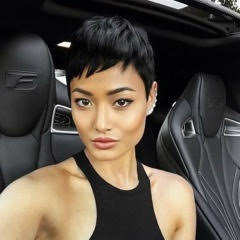 One random thought sparks another, and then the fun begins. A chain reaction of fractured thought. The split atom, infinitive, personality, loot from the bank job.

The adrenalin rush when we come through the front door of a bank waving pistols and uzis and shooting out surveillance cameras is enough to drop a herd of elephants to its knees. And when the fool guard goes for his holstered revolver and you club him to the floor, there’s not a woman lying face down with her hands behind her head who you couldn’t have.

And the rest of it–slapping the desk jockey around who tries to set off the silent alarm; comforting a small child who takes a shine to you; two men on look-out, one at the door and one on a lobby counter grinning through his John-Travolta mask; and Madam Felica in that tight black dress, spiked heels, dark glasses, deadpan and smoking a Turkish cigarette in an ivory holder. She places the plastic explosives in exactly the right spot on the vault door and
Blam! The door blasts halfway across the vault ante-chamber.

a PhD in physics, years working in the space industry, and then she threw it all in.

Raking stacks of bills and jewelry into black plastic bags,racing off in the get-away car, sometimes just for the hell of it taking along a hostage who after a few blocks we toss out the back door while two-wheeling around a corner.

It’s better than a coke high and lasts longer, but the come-down is brutal.

Last night at the hideaway I went up to the ledge looking down on the lights of the city and stood next to Madam Felica who was smoking one of her Turkish cigarettes. After awhile she held out the cigarette without looking at me. I took a drag and handed it back.
“One more job, she said, “and I’m through.”
She said that business about one more job after every job. It was how she unwound.

We all know that one day she actually will leave, but until that day arrives we’ll stick with her. She’s the only thing that gives our lives meaning.