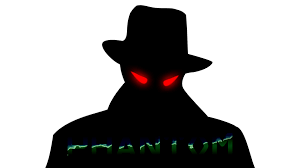 “Every passing moment is a sign from God…”–
Rip T. von Torntrousen

Who was RTT? Perhaps past tense is inappropriate. Perhaps he’s still around. In Germany, most likely, but maybe L.A. It might even be he’s not a person but a group of persons. A punk band singing in German. It’s all the rage. There’s not a language on earth better suited to the soul of punk.

But that doesn’t fit the quote. I’m being sidetracked. That might even be Rip’s intention, to get my head spinning in many wrong directions.

How is it Rip knows so much about me and I know so little about him? In fact, everything I know about him is conjecture. Could it be he doesn’t exist? But then where does the quote come from?

This is probably something I should have kept to myself, but once I get started I feel a strong obligation to push on and fire whatever comes tumbling out straight into cyber space. I’ve made a tiny inroad into cyber space that one day may change the world. This is my faith. My conviction. My god.

The quote was scrawled longhand on a scrap of paper and left under my windshield wiper. It was there when I came out of Organize Noise where I’d just collected on some consignment books. I read the quote and then sensed a presence beside me. It was a three-legged dog, looking up at me with soft brown eyes. I reached down and stroked the dog’s back. When I looked up again, a man missing all of one leg and one arm was preparing to get into his car. He had a crutch on the car’s roof. He shot a piercing look my way, snatched up the crutch, threw it in the car and then slipped behind the wheel. He put on his signal light and pulled into traffic. When I looked down again, the dog was gone. I drove up to this hill, and in spite of the severe cold, began writing.

A police officer just walked by. Police officers don’t walk around this town, not even through the business district, which places this cop in the same oddity ball park as the dog and the man with the crutch, the note itself; he turned after he’d passed my car and walked backwards for a few steps, looking me straight in the eye; then he turned forward again and trudged off through the snow.

It could be he thinks I’m RTT.

It could be he’s RTT.

It could be that before the last light fades from the winter sky, everything will become clear.

I’ll sit here another few minutes and see if that happens.