the color of equality 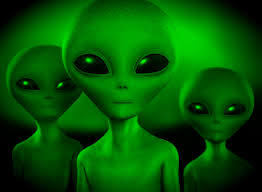 The Color of Equality

“Tower to alien craft, you’re cleared for a holding pattern at 5000 feet, repeat, 5000 feet. Meanwhile, beam down Scotty, we know he’s up there. We need a little face time. Do you read me?”

They ran that through the decoder and came up empty handed, and then they made a voice pattern copy and slapped it down on the desk of the Pennsylvania Polyglot, a guy who sat around all day doing nothing but picking zits and whose job description was conjured out of thin air by his uncle, a powerful flight-attendant lobbyist.

“We need a translation pronto,” said the shift supervisor, “or we’ll have to send up the fighter jets and blow those creeps out of the sky, and Scotty with them.”

A half hour later the Pennsylvania Polyglot strolled into the bee hive of the flight tower and announced rather drolly that Scotty was in the men’s room of the space craft and refused to come out, and the green men from Mars were going to circle the earth three times and if we didn’t have our shit together to give them a landing clearance by then, they were going to turn everyone on earth green and fly home again.

This is usually where the hot line to the president gets activated, but the shift supervisor hesitated. Obama was president, and how would a black president take the news that aliens were going to turn him green?

The air traffic controllers, totally whacked out on crystal meth and bouncing in their chairs like syphilitic monkeys, joyfully began shooing planes from the D.C. sky like flies, redircting them to New York and Newark, Detroit and Atlanta and St. Paul, clearing the deck for action.

The aliens completed their three laps and then banked hard and began radiating waves of equality over the entire planet, turning everyone green.

A green President Obama went on world-wide television and urged everyone to remain calm, and Fox News interrupted his broadcast to have a green Rush Limbaugh deliver a scathing, off-the-cuff speech in which he denounced the Green Scare as something Obama himself had orchestrated to deflect attention from his plot to destroy unborn children and euthenize old folks, thereby showing his true colors, which were yellow.

Millions the world over took to the streets chanting in many languages, “You lie! You lie!” and Obama flew off to Camp David in Air Force One where he brooded in seclusion for forty days and nights and then resigned the Presidency.

Everyone moved up a notch, and by the time Christmas rolled around, department stores were reporting record sales. A Gallop poll showed that nine out of ten adult Americans believed the Green Scare was a gigantic hoax and that we had been green all along.

After that new wars broke out in Iran and Turkey, and things went back to normal.

Scotty was never heard from again, and he was skillfully erased from all Star Trek reruns.

Tagged as John Bennett, Poetry, shards, The Color of Equality